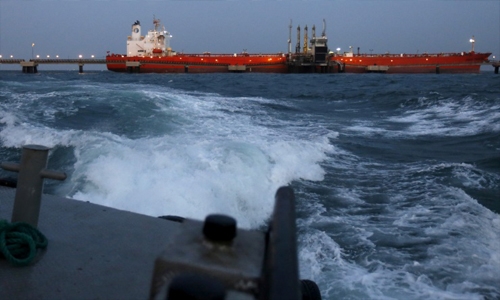 Venezuelan President Nicolas Maduro has offered to swap oil for Covid-19 vaccines given rapidly rising coronavirus numbers as well as US sanctions against the crisis-torn South American state.

"Venezuela has the oil tankers, it has the customers who buy the oil from us, and it would provide part of its production to guarantee all the vaccines Venezuela needs," Maduro said, according to a statement.

He did not elaborate on the details of the plan.

Venezuela is in a deep political and economic crisis. Due to a lack of foreign currency and numerous US sanctions, it can hardly import food, medicine and daily necessities. Even petrol is in short supply in the country with the largest oil reserves in the world, dpa reported.

In Maduro's view, the country has only one other option besides bartering to get vaccines: It would have to get US and European banks to release the funds blocked for the government by sanctions.

This could then be used to pay for vaccines from the international COVAX initiative.

However, the AstraZeneca doses offered via COVAX - 1.4 million to 2.4 million doses intended for Venezuela - were rejected by the country.

Previously, some European countries had stopped vaccinations with the AstraZeneca shot because of fears over suspected health complications that turned out to be largely unfounded.

According to official figures, around 156,000 people have been infected with the coronavirus in Venezuela, and more than 1,500 patients have died in connection with Covid-19. The actual numbers are probably much higher, not least because of the lack of testing.