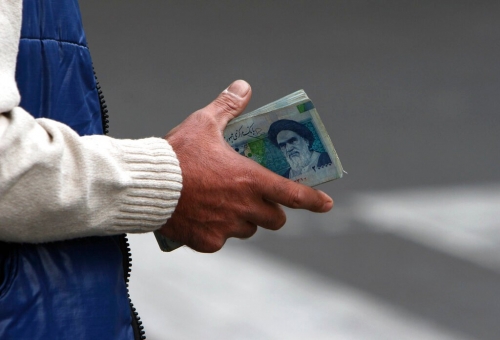 The Iranian rial fell to a new low against the US dollar on Sunday as a record daily death toll from COVID-19 compounded concerns over new US sanctions which may block some of Iran’s medicine purchases. The dollar was selling for as much as 312,200 rials on the unofficial market, up from 304,300 on Saturday, according to the foreign exchange site Bonbast. com. The economic daily Donya-e-Eqtesad’s website gave the dollar rate as 310,000 up from 303,300 on Saturday. The Tehran-based daily said the rial had fallen to 317,000 per dollar earlier on Sunday but clawed back some its losses after the Central Bank said it would inject $50 million per day to support the currency.

The currency has lost about 57% of its value in 2020 as a drop in oil prices has deepened the economic crisis in the country, which also has the highest COVID-19 death toll in the Middle East. On Sunday, the daily death toll hit a new high of 251. The United States on Thursday slapped fresh sanctions on Iran’s financial sector, penalising 18 banks to further choke off Iranian revenues as Washington ramps up pressure on Tehran weeks ahead of the US election. Analysts said the sanctions may further deter European and other foreign banks from working with Iran, even for permitted A man displays the Iranian currency at Ferdowsi square in Tehran, Iran humanitarian transactions.