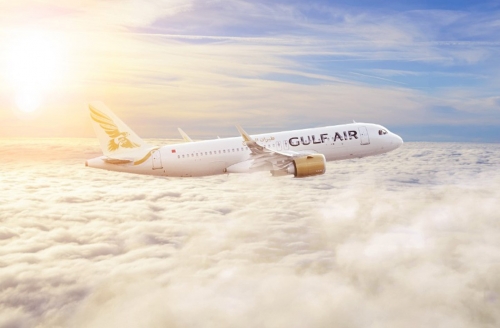 business September 20, 2020
Gulf Air the national carrier of the Kingdom of Bahrain - announced that it has resumed its direct flights to and from Hazrat Shah Jalal International Airport in Dhaka on 19 September.
Gulf Air began operating its direct flights for the first time between the Kingdom of Bahrain and the capital of the People's Republic of Bangladesh in 1984. Dhaka is one of the main destinations for the carrier in the Indian subcontinent. The carrier currently operates flights to London, Paris, Frankfurt, Manila, Athens, Cairo, Abu Dhabi, Dubai, Kuwait, Peshawar, Islamabad, Lahore, Karachi, Thiruvananthapuram (Trivandrum), Cochin, Calicut, Delhi, and Dhaka.
Being one of the few airlines that continued its commercial operations; Gulf Air continues to work closely with government authorities across its network to resume operations once airports are open to those destinations. Gulf Air is proud of its resilient network by adapting instantly to government instructions and the directives of civil aviation affairs authorities in its network destinations and by its response to continuous changes and updates regarding operations to and from all its network destinations.