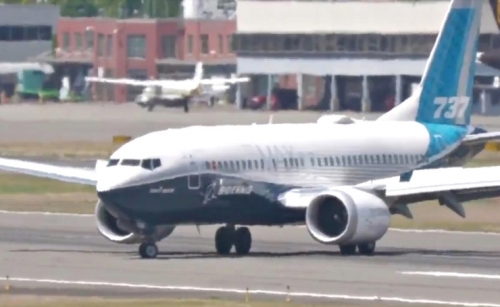 A U.S. House of Representatives Committee on Monday asked the Federal Aviation Administration to disclose details of an employee survey on the agency’s safety culture after two fatal crashes of Boeing 737 MAX airplanes raised questions about the agency’s actions.

FAA Administrator Steve Dickson was asked in a letter to share the outcome of the December 2019 survey that asked employees how they felt about a long-standing agency program called Organization Designation Authorization (ODA) that delegates some new airplane certification tasks to Boeing employees.

Peter DeFazio, who chairs the House Transportation and Infrastructure Committee, and Rick Larsen, who chairs a subcommittee on aviation, wrote that it was essential that FAA officials had “the authority, resources, willingness and support from FAA’s senior management to thoroughly and aggressively manage the ODA program.” An FAA spokesman said the agency would respond to the lawmakers.

Moscow airline passengers to be express tested for COVID-19