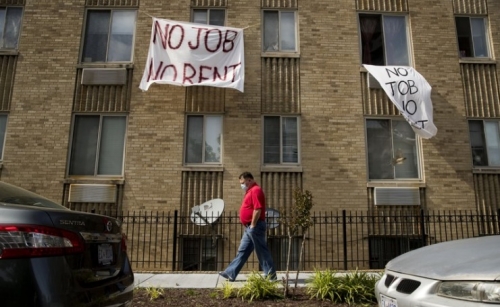 Renters are nearing the end of their financial rope. People who rent have largely been able to survive the initial months of the pandemic helped by unemployment and federal relief checks. But the extra $600 in unemployment benefits ceases at the end of July and local eviction moratoriums are expiring. There is no agreement between the White House and Congress on a second federal relief package.

More broadly, there are fewer supports in place for renters than for homeowners. And as a jump in virus cases in numerous states nationwide adds more uncertainty to the economy and job market, many who rent are facing a precarious future, The Associated Press reports.

“It’s an incredibly stressful situation for renters,” said Bruce McClary, spokesman for the National Foundation for Credit Counseling, a nonprofit that works directly with consumers. “I don’t know what lies in the road ahead.”

Sam Moore knows this pressure all too well. Shortly after the stay-at-home orders hit in California, Moore and his four roommates who live in San Francisco’s Treasure Island found themselves with no regular income. Only two of them received relief checks from the federal government, one was receiving unemployment and two are still waiting on it.