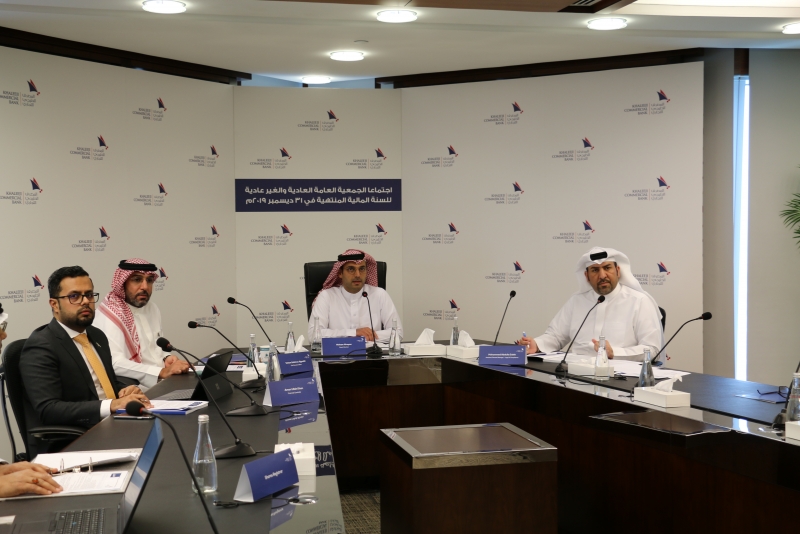 Khaleeji Commercial Bank (KHCB), one of the leading Islamic Banks in Bahrain, yesterday received shareholders’ approval to issue Sukuk as Additional Tier 1 (AT1) Capital of up to $200 million to support the capital base. Shareholders also approved to write-off accumulated losses worth BD15,788,052, subject to CBB approval.

The decisions were taken during the bank’s Ordinary and Extraordinary General Meetings held yesterday through visual communication with a quorum of 77.23 per cent. Moving on, the shareholders approved extending the term of the existing board of directors to six months, appointing a market maker and agreed to delist the bank’s shares on Dubai Financial Market (DFM).

The Ordinary General Meeting also agreed to delist the bank’s shares on Dubai Financial Market (DFM), appoint a Market Maker for the Bank and to utilize no more than 3 per cent of the bank’s total shares issued for the purpose. Looking ahead, Chairman, Alrayes, said the approval to raise capital will have a positive impact on the bank’s operations and operational performance.

On the Coronavirus situation, CEO Algosaibi said the bank launched a package to ensure that its clients are not affected by this crisis. “This package includes postponing finance instalments to all citizens for six months with no charges and profits, raising the limits on credit cards, as well as supporting companies and SMEs by providing special facilities,” Algosaibi explained.

Commenting further on the bank’s strategy ahead, Algosaibi said KHCB is working to launch a set of specially designed products and services for individuals and will be opening new branches after completing the re-evaluation of current branch network and electronic distribution channels. The bank, he added, will continue to invest in electronic banking systems to improve the quality of services “as this will benefit the bank’s financial position”.