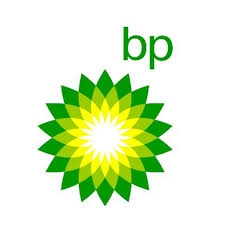 British energy giant BP, under the leadership of new chief executive Bernard Looney, declared Wednesday its aim to achieve “net zero” carbon emissions by 2050, although it was vague on how it planned to hit the target.

“BP’s new ambition to be a net zero company by 2050 or sooner covers the greenhouse gas emissions from its operations worldwide... and the carbon in the oil and gas that it produces,” said a statement ahead of a speech by Looney on plans to “fundamentally transform its whole organisation”. Environmentalists immediately challenged the company’s statement, saying it lacked detail and specific commitments.

The energy major will seek to ensure that the production of oil and gas does not emit carbon, while it will also start measuring methane emissions at all its gas processing facilities by 2023. And it vowed to “increase the proportion of investment into non-oil and gas business over time” as part of the pledge. ‘Rapid transition’ Looney said in the statement: “The world’s carbon budget is finite and running out fast.

We need a rapid transition to net zero. “We all want energy that is reliable and affordable, but that is no longer enough. It must also be cleaner.” He added: “To deliver that, trillions of dollars will need to be invested in replumbing and rewiring the world’s energy system. “It will require nothing short of re-imagining energy as we know it.” Irish national Looney last week succeeded American Bob Dudley, whose ten-year stint as chief executive included the fallout from the 2010 Gulf of Mexico oil spill disaster -- the biggest environmental catastrophe in US history.

“Energy markets are changing, driven by climate change, technology and societal expectations, and the board supports Bernard and his new leadership team’s ambition for BP,” the company’s chairman Helge Lund said Wednesday. “Aiming for net zero is not only the right thing for BP, it is the right thing for our shareholders and for society more broadly. “As we embark on this ambitious agenda, we will maintain a strong focus on safe, reliable and efficient operations and on delivering the promises we have made to our investors,” Lund added.