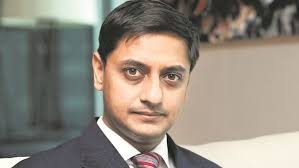 I ndian economic growth is poised to bounce back after slipping to a more than sixyear low of 4.5 per cent in the July-September quarter as the government has taken measures to prop up investments and consumer demand, a top government adviser said. “Corporate tax reductions, the Insolvency and Bankruptcy Code and the banking sector reforms have helped and will help propel growth further,” Sanjeev Sanyal, principal economic adviser at the finance ministry, said.

The Insolvency and Bankruptcy Code, introduced in May 2016, has helped banks to recover billions of dollars stuck in outstanding corporate loans and offer loans to new borrowers. Sanyal said economic growth was set to accelerate to 6 per cent in the financial year beginning in April, compared with estimated growth of 5.0pc in the current one.

Sanyal said the government expected that average consumer price inflation would fall to 4pc in the next financial year beginning April, after a recent spike driven largely by food prices. There is enough space for the central bank to further cut interest rates, however, as inflation was likely to ease following a fall in vegetable prices, he said. “While there was a slowdown, this slowdown has by and large now bottomed out, and if anything from here on, growth is going to go up,” Sanyal said.

Finance Minister Nirmala Sitharaman, who tabled her annual budget earlier this month, told parliament yesterday that the signs of “green shoots were visible” and the economy was no longer in trouble. The Reserve Bank of India last week kept it policy rates steady but downwardly revised the country’s growth forecast for the first half of the next fiscal year to 5.5-6.0pc from an earlier projection of 5.9pc-6.3pc. Sanyal said the budget has offered a clutch of tax incentives for sovereign wealth and insurance funds, which would leave more banking funds for private companies despite higher state borrowings. Other than the coronavirus outbreak in China, there is no “major other disruption,” to India, he said adding it was difficult to quantify the impact as the situation was still evolving