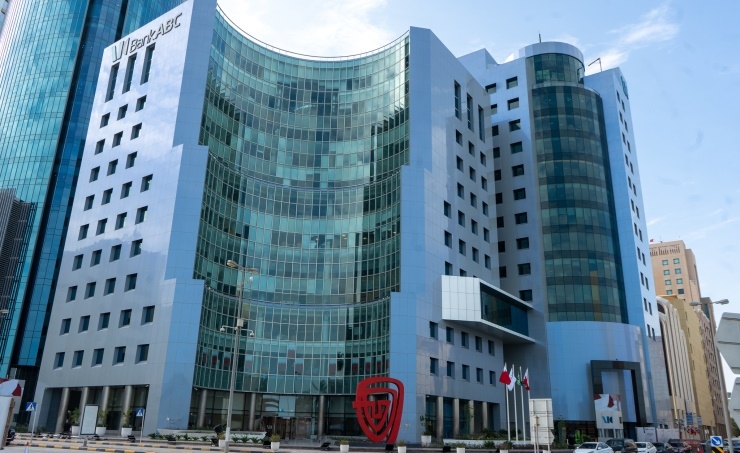 Bank ABC (Arab Banking Corporation B.S.C.) - Bahrain Bourse Trading Code “ABC” - today announces its results for the year ended 31 December 2019 with strong underlying asset, revenue and profit growth despite continuing challenging external market conditions. The year was marked with persistent trade tensions between the US and China, declining interest rates and global growth concerns, which together with an uncertain political situation in some of ABC’s key markets, dampened economic growth and demand for credit. However, ABC successfully weathered these conditions and invested significantly into its digital transformation journey, leading to the ground-breaking launch of its world-class digital, mobile-only ‘ila Bank’ in Q4 2019.

On the financial front, the Group achieved a robust net profit attributable to shareholders, of US$194 million, after absorbing the impact of challenging conditions and the cost investments referred above.  The summary fourth quarter and full year results are explained as follows:

Consolidated net profit attributable to the shareholders of the parent, for the fourth quarter of 2019 was US$33 million, 23% lower compared to US$43 million reported for the same period last year, reflecting variations in impairment charges and costs primarily related to investment and inflation.

Total comprehensive income attributable to the shareholders of the parent was US$85 million compared to an income of US$33 million reported for the same period of 2018, reflecting the sum of net profit, fair value movement in debt instruments and foreign currency translation.

Consolidated net profit attributable to the shareholders of the parent, for the year of 2019 was US$194 million, which on a headline basis, was a 4% reduction to the US$202 million reported for the previous year.  However, on an underlying basis*, factoring in FX and other significant one-off items net profit grew by 2%.

Total comprehensive income attributable to the shareholders of the parent was US$261 million compared to US$57 million reported last year, reflecting healthy net profit levels and favourable movements in fair value of debt instruments, compared with a negative FX translation impact in 2018.

Equity attributable to the shareholders of the parent at the end of the year was at US$4,031 million, 4% higher compared to the US$3,862 million at the 2018 year-end.

Total assets stood at US$30.1 billion at the 2019 year-end, compared to US$29.5 billion at the 2018 year-end. Loans and advances grew by a healthy rate of 11% during the year to US$16.5 billion, after absorbing FX impact, in evidence of strategic plans working and boosting our coverage capabilities while still maintaining our continuing emphasis on prudent use of balance sheet.

On this occasion, the Board of Directors recommend, for approval at the Annual General Meeting to be held on 29 March 2020 in Bahrain, a cash dividend distribution of 3% (US$0.03 per share, net of treasury shares), amounting to approximately US$93 million and translating to approximately 48% of the net profit for the year, attributable to the shareholders of the parent.

Net interest income was US$564 million, 1% higher against US$559 million reported for 2018, after absorbing the impact of declining interest rates and FX depreciation.

Operating expenses were at US$524 million, US$50 million or 11% higher than the last year, due to continuing investments into the Group’s digital transformation, operating model and strategic initiatives besides inflation. On an adjusted basis, the business as usual expenses were 4% higher than last year.

Impairment charges were US$82 million compared with US$79 million reported for the previous year, broadly at similar level as last year, reflecting proactive credit management and conservative underwriting practices.

The ratio of impaired loans to gross loans improved to 3.7% from the 2018 year-end levels of 4.0%, but normalises to 2.9%, when long-standing legacy fully provided loans are adjusted for.

Deposits at the end of the year were at US$21.0 billion, compared to the levels of US$20.7 billion at 2018 year-end. Our efforts to diversify and improve the quality of our deposit base continue.

Liquidity ratios are strong with LCR and NSFR at 303% and 115% respectively with comfortable buffer and liquid assets to deposits ratio healthy at 51%.

Thousands on cruise ship allowed to disembark after tests

Floods and travel disruption as UK hit by severe gales