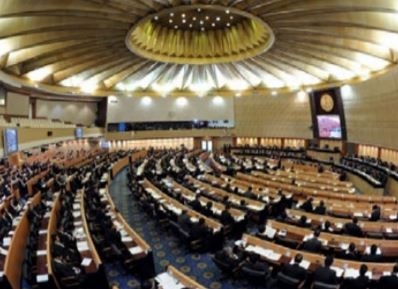 Thailand’s 3.2 trillion baht ($105.40 billion) budget for the current fiscal year, aimed at reviving a flagging economy, faces further delay as lawmakers seek a court ruling on the validity of the parliament vote to approve it.

Parliament passed the draft bill, which was expected to be effective in early February, this month, delayed from Oct. 1, when the fiscal year began.

The House of Representatives will now ask the Constitution Court to rule whether the vote was valid following the discovery that a lawmaker’s voting card was used when the lawmaker was not present.

“We will send this matter to the court tomorrow,” an official at the lower house told Reuters.

The proposed budget foresees a 7 per cent rise in overall spending to 3.2 trillion baht for the current fiscal year. It sets a deficit of 469 billion baht, up 4.2pc from the 2019 fiscal year.

On Wednesday, Finance Minister Uttama Savanayana told reporters that any further delay in the budget should not affect investor confidence.

“If the budget is further delayed, the finance ministry’s agencies will consider measures and other options,” he said.

“Seeking a bill to borrow for investment is one option.”

Southeast Asia’s second-largest economy has lagged most regional peers for years. The central bank forecast economic growth of 2.8pc this year, slightly picking up from an estimated 2.5pc in 2019, a five-year low.

‘Pablo Escobar of eggs’ faces justice after 35 years of poaching