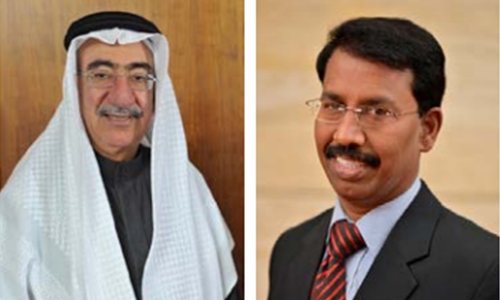 Trafco Group yesterday reported a third-quarter profit, which the company said was impacted by factors including an overall decline in the selling prices, increased selling and distribution expenses as well as new IFRS accounting standard on leases, despite a 5 per cent growth in gross profit. Third-quarter net profit related to Trafco shareholders was BD 241k, a decrease of 37pc from BD 380k in the same quarter a year ago.

Trafco attributed the decline to increased selling & distribution expenses, finance cost and depreciation. Besides, the new IFRS accounting standard on leases had an impact on the presentation of the P&L account. Earnings per shares were 3 Fils compared to 5 Fils in the third quarter of last year.

Total comprehensive income related to Trafco shareholders rose 9pc to BD 675k while operating profit (including minority shares) decreased 12pc to BD 546k from the year-ago quarter. With regards to revenue, the group achieved BD 9.2m, compared to BD 9.6m in the year-earlier quarter, with a decrease of 4pc. Ebrahim Zainal, Trafco Group Chairman, stated that though there was 5pc growth in gross profit during the third quarter, the revenue dropped due to an overall decrease in the selling prices compared to the same period last year.

The group achieved a net profit related to Trafco shareholders of BD 1.3m compared to BD 1.62m in the previous year, with a decrease of 20pc. The drop, S.Sridhar, GroupCEO said, was due to a general decline in the market resulting in an overall drop of profitability of the parent & subsidiary companies with the increased raw material and cost of fuel & energy leading to higher production cost.

Besides, as per the new IFRS standards, the company said it created a new asset ‘right-ofuse’ in the balance sheet to reflect the present value of future lease rentals. Besides, notional depreciation is charged on this asset in addition to the existing assets, resulting in a higher overall depreciation than last year by around BD 329k impacting net profit. Earnings per shares were 17 Fils compared to 21 Fils last year.