China’s Xi in India | THE DAILY TRIBUNE | KINGDOM OF BAHRAIN 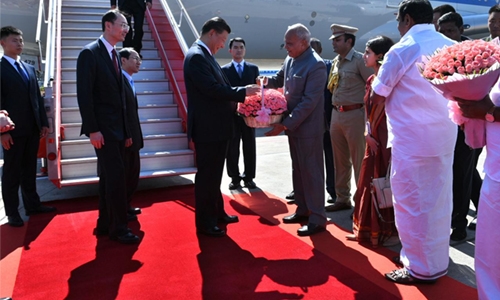 Hundreds of young children in traditional dress carrying posters with photographs of Xi and Modi waited for hours to greet the Chinese leader. The town was under tight surveillance, with thousands of security personnel. Mamallapuram is 55 kilometers (35 miles) south of Chennai, the capital of Tamil Nadu state. Xi arrived two days after hosting Pakistan Prime Minister Imran Khan in Beijing.

Lalit Mansingh, a former Indian ambassador to the United States, said he expected an overview of relations by the two leaders and “instructions on how the relationship should proceed.” Modi and Xi will also discuss India’s ballooning trade deficit with China and the question of allowing Chinese telecoms equipment maker Huawei into India’s 5G network.

“Xi will have an in-depth communication with Modi on issues that have overall, longterm and strategic significance on bilateral relations, set the tune and guide the direction for future development of the ties,” Chinese state media quoted Vice Foreign Minister Luo Zhaohui as saying.

Xi will head to Nepal on Saturday, the first Chinese president to visit the buffer state between India and China in 22 years. “We need to make greater efforts to develop a Multi-dimensional Connectivity Network across the Himalayas,” he wrote in an article in three Nepali newspapers.

Tesla comes when called, but can fray nerves