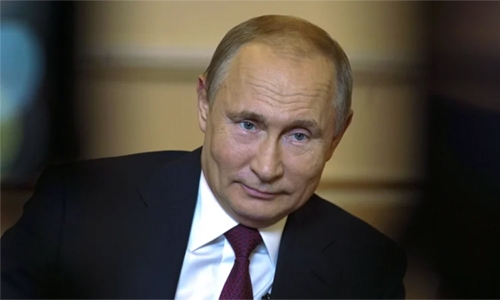 Russian President Vladimir Putin said yesterday that he would not object to his phone calls with US President Donald Trump being published and that he always assumed his words could potentially be published whenever he speaks.

US Congress is determined to get access to Trump’s calls with Putin and other world leaders, the US House Intelligence Committee’s chairman said on Sunday, citing concerns that the Republican president may have jeopardised national security