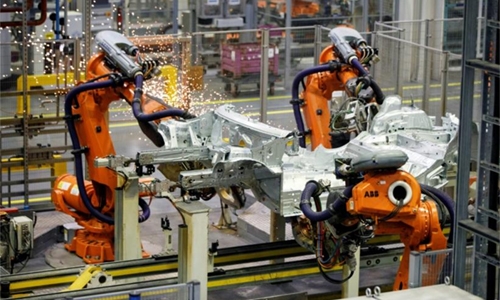 The index dived to 47.4 in August, which was the lowest level since July 2012, languishing below the 50 mark that indicates growth. Market expectations had been for an August print of 48.4, after 48 in July. “High levels of economic and political uncertainty alongside ongoing global trade tensions stifled the performance of UK manufacturers in August,” said Rob Dobson, director at IHS Markit.

“Business conditions deteriorated to the greatest extent in seven years, as companies scaled back production in response to the steepest drop in new order intakes since mid2012.” Dobson added that the faltering world economy was a central reason for shrinking activity, while companies were also shifting business because of Brexit.

“The global economic slowdown was the main factor weighing on new work received from Europe, the USA and Asia,” he noted. “There was also a further impact from some EU-based clients routing supply chains away from the UK due to Brexit.” Britain remains on course to leave the European Union at the end of October, with or without a trade deal.