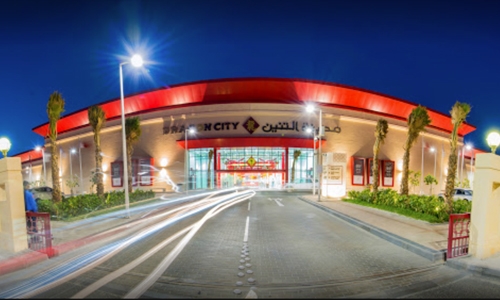 Dragon City Bahrain, largest wholesale and retail trade centre on the island, is marking the advent of the Holy Month of Ramadan with a promotional campaign which began on 12 May and continues until Saturday. Themed “Ramadan Wonders”, the campaign features many surprises and valuable prizes for all shoppers.

The campaign includes a Scratch-and-Win campaign for every BD 20 spent in the mall with gifts including air tickets to Dubai, cell phones, mall vouchers and many more. Commenting on the campaign, Patrick Zheng Shou, Chairman of Chinamex, Dragon City’s operating company, said: “The one-week campaign will be held twice during the Holy Month, as we are planning to have the same promotion from May 26, 2019, to June 1, 2019.”

Dragon City is a first of its kind project in Bahrain and it includes Dragon Mall, Dragon Apartments, Dining Village, Dragon Plaza and an allocated area for warehouses. Dragon City is home to more than 787 commercial units, making it the largest wholesale and retail trading centre in the Bahrain.

That whatsapp call will inject spyware!