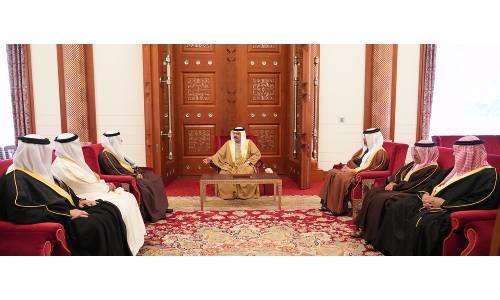 His Majesty King Hamad bin Isa Al Khalifa praised the important role of the court and the judges’ efforts to promote and consolidate principles of law and constitution.

HM the King affirmed the Kingdom’s keenness to improve the efficiency of the judicial system, consolidate the principles of law, and continue the process to elevate all sectors for the development of the country and the prosperity of its citizens.

This came as HM King Hamad received Judge Mohammed Mirza Mohammed Aman, who took the legal oath before HM the King after appointing him as a member of the Constitutional Court. Judge Ali Abdullah Al Dowaishan was present. His Majesty wished them success in performing their duties.