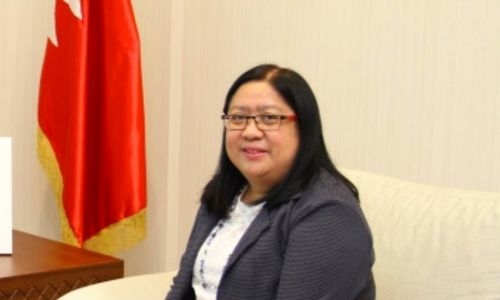 The Philippine Embassy will be holding a unique “Philippine Festival” from 26 to 28 January at the Oasis Mall in Juffair to commemorate the 45th anniversary of the establishment of the Philippines-Bahrain diplomatic relations this year.

The embassy is partnering with event organiser Brand Sync, as well as with Oasis Mall, in holding this three-day event, starting with its official launch on 26 January at 5 pm.

“The festival is the first activity we will be organising to mark the 45th anniversary of the establishment of diplomatic relations between the Philippines and the Kingdom of Bahrain this year,” Louis said.

“Even though diplomatic ties between the Philippines and Bahrain were established 45 years ago, we are aware that there had already been relationships between Filipinos and Bahrainis before this.

“Up to this moment, we have developed good bilateral ties with our Bahraini friends over a long period of time.

We hope that after the pandemic crisis, both sides would continue to work to rekindle bilateral collaboration in many areas, particularly labour matters, which are obviously very important to the Philippines, as well as trade investments.

These areas include education, health, culture, and the arts.” The Chargé d’ Affaires added that aside from the entertainment and performances, there will be booths set up outside the car park of Oasis Mall where they will be selling traditional Filipino foods and other items.

“Our Bahraini friends and other expatriates can sample Filipino food and cuisine at this festival as well. We’ll also have numerous booths there selling goods from the Philippines.” she said. “In addition to their stalls, on January 27, we will host an art display.

Partnership with the Filipino Club Basketball Group is involved in this.

We have invited everybody who would be interested to attend this event, not just Filipinos.” There will also be a Zumba session, bazaar, live performances, various family activities and an art exhibit with a “Kid’s Craft Corner” in collaboration with the Filipino Creatives Bahrain.

There is no entrance fee to the festival and everyone is welcome to attend.

The Chargé d’ Affaires said: “We hope that many Filipinos, as well as our Bahraini friends and members of other communities, would take part in this unique event.

We have a strong support system and a sense of ‘community life’ whenever Filipinos travel abroad, thus I believe it is crucial that we band together as a community.

“Instilling a newfound love of nation and patriotism in us, in my opinion, will serve to remind us of how rich our culture and traditions are.

“This festival is a manifestation of how Filipinos celebrate life, despite the challenges that come to our lives.

It also shows how rich we are, in terms of our music, dances, and arts and how much we have to offer the world.

“As an introduction to the Philippines, for instance, particularly for some of our Bahraini friends, many of whom have not yet travelled there.

Therefore, we are showing to them who we are as a nation and a people through the festivals.

“We look forward to everyone participating in this festival.

As I have mentioned, this is simply the first of our events for this year.

There will be many more in the months to come.

I am inviting everyone to keep tuned to our social media pages, our Facebook and Instagram and our website, for announcements on our forthcoming activities after the festival,” she said.