Suicides in Bahrain may be linked to failure to pay back borrowed money, says social activists | THE DAILY TRIBUNE | KINGDOM OF BAHRAIN 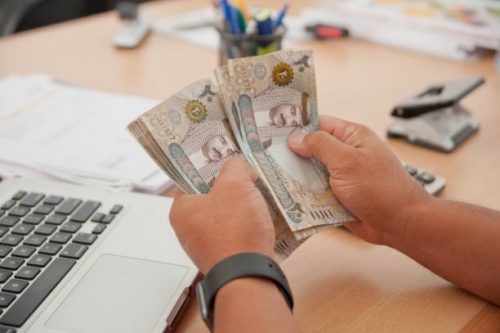 There is a rise in loan sharks, who prey on the vulnerable state of expats, particularly domestic workers and low-income expats in the Kingdom. According to sources, the loan sharks have trapped many people in such a way that it is not even possible for the expatriate to go back to his country by taking the signed blank seals, blank cheque books and passports.

There are moneylenders in the Kingdom, including exploitative Malayalees, who make illegal money transactions and send the victims to prison and life-long exile by forging documents, threatening, beating and signing the documents.

Those who borrowed money at minimum interest to carry out the essentials of their daily life, even though they returned four or five times the amount including interest, were threatened again, according to the victims.

Many were moved by the narratives of the events and the candid stories of the victims, who were forced to sign blank papers for huge sums of money and later on subjected to legal proceedings. Speaking to The Daily Tribune, Jamal Iringal, a social activist based in the Kingdom, who belongs to a group of social workers, has been leading the battle against loan sharks under the umbrella ‘People’s Collective Against Loan Sharks’.

“While the pandemic season has been a misery to the majority, it has been beneficial to a group of wicked individuals who loan money, targeting families with low income or those in difficult times,” he said.

“Many expats who were victims of loan sharks have committed suicide; thus, if we get complaints from expats, we launch an inquiry into both the victim and the loan sharks. “We have contacted the Indian Embassy and raised this issue because the cases have gotten worse, and we are now receiving more than 8 to 12 cases every month.

“Loan sharks appear to be very friendly and helpful when they hand over the money but turn into exact opposite mode when it’s time to collect interest. The victims of loan sharks include almost all Asians expatriate communities in the Kingdom.

“Victims normally submit signed blank cheques and blank stamp papers with these illegal moneylenders, who would write bigger amounts in the cheque leaf, fabricate debt contracts on stamp paper before filling a court case if the victim fails to pay interest on time.”

“I request the victims of loan sharks to approach us. People seeking loans should approach established banks and financial services, and not these loan sharks. Never give a signed blank cheque leaf or bank stamp paper to anyone,” he said.

Mr Jamal also said that the anti-usury committee working with the support of all the socially responsible organisations in Bahrain will organise public meetings, awareness seminars and gatherings of those caught in the trap of usury in all parts of the Kingdom.