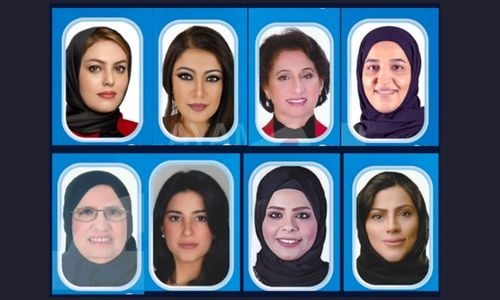 New history was created as eight women made it into the highest floor of democracy.

The Supreme Committee for General Supervision of Elections to the Parliament and Municipal on Saturday night declared the election results.

Bahrain recorded 73 per cent turnout in the first round held on November 12, the highest figure since the first elections in 2002.

According to Justice, Islamic Affairs and Endowments Minister and Head of High Committee for Elections for 2022, Nawaf bin Mohammed Al Mua’awda, the success of the record turnout was a culmination of the democratic progress led by His Majesty King Hamad bin Isa Al Khalifa since 2002 and supported by His Royal Highness Prince Salman bin Hamad Al Khalifa, the Crown Prince and Prime Minister.

On Saturday, the runoff voting kicked off at 8am across the country and was closed by 8pm without any interruption with people within the polling station premises allowed to cast their ballots even after the closing time.