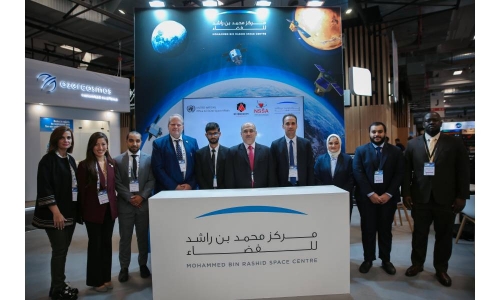 AMAN’ conceptualised by Bahrain for testing ‘Advanced Encryption Standard’ was awarded a slot on the United Arab Emirates PHI-1 satellite under its Payload Hosting Initiative.

Under PHI, engineers at the Mohammed bin Rashid Space Centre (MBRSC) would construct two small satellites each year, allowing companies or university students to add their technology for testing in space.

Accordingly, AMAN, developed by a team from Bahrain, aims to secure communication between the satellite and the ground station.

MBRSC is providing Bahrain with a 5U slot within the 12U modular setup of PHI-1 built in partnership with the United Nations Office for Outer Space Affairs. The move follows an MoU signed last year at the 72nd International Astronautical Congress (IAC) held in Dubai.

“We are delighted and honoured that the “Aman” project was selected by UNOOSA and MBRSC in the first round of the PHI initiative. Aman is considered the first Bahraini payload fully designed, integrated, and tested by NSSA.

This opportunity is unprecedented in our quest to contribute meaningfully to the global effort towards sustainable, peaceful use of outer space and building national capacity in the space field,” said the CEO of NSSA, Mohamed Al-Aseeri.

UAE is also providing Nepal with a slot for its “Danfe Space Mission” to study the operation of PX4 Autopilot, a middleware for drones in space. Both the winning payloads, MBRSC said, will provide practical experience, knowledge, and skills to the teams and contribute to capacity-building in space technology. 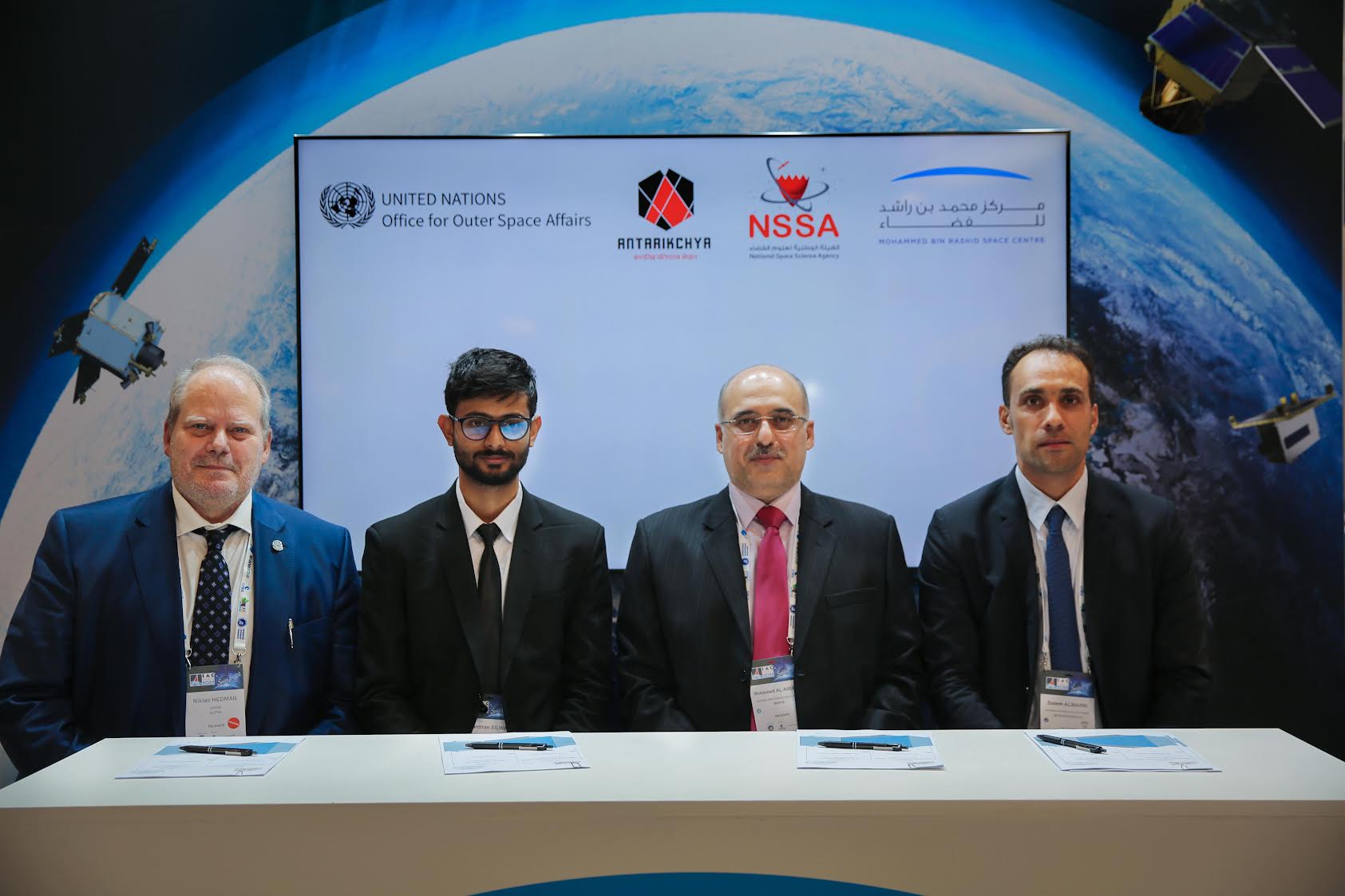 This ‘Access to Space for All’, PHI-1 initiative will facilitate the end goal that no one is left behind on the path to space exploration and sustainable development on Earth. Salem Humaid AlMarri, Director General of MBRSC, said: “We have made tremendous progress in the year, since the initial announcement of the Payload Hosting Initiative. Today we are congratulating the entities that have been selected to participate in the PHI-1 mission.”

UNOOSA Acting Director, Niklas Hedman, said: “The Access to Space for All initiative has been ground-breaking for the 21st-century capacity-building in space science and technology. I already look forward to seeing the results of the PHI programme boosting the space industry in Bahrain and Nepal.”

Abhas Maskey, the Founder of Antarikchya Pratisthan Nepal, said: “If Nepal is to progress as a spacefaring nation, the country has to take each and every opportunity available to develop self-reliance, perform R&D and build capacity for space.

I strongly believe that Nepal’s involvement in PHI-1 will be a small step toward future potential collaboration for Vision 2050, a vision to launch our nation’s first astronaut in space by 2050. Space is the new limit, even for Nepal.”

“This initiative will further raise awareness to utilize the space sector as a driver for economic and social development and look at it as a long-term driver for innovation and strengthening international cooperation on an all-inclusive basis.”