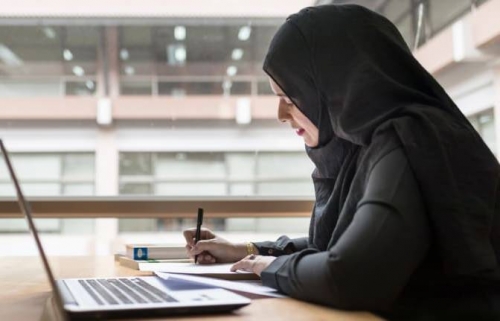 Bahrain’s policies to support gender balance are on the right track and this is reflected in the senior leadership of Bahraini women across private companies encompassing many sectors, an assessment by the Supreme Council for Women (SCW) says.

As per the latest statistics available, Bahraini women occupy 17 per cent of senior positions in private companies in the Kingdom.

Many leading companies in the Kingdom including Gulf Petrochemical Industries Company (GPIC), Bahrain Petroleum Company (Bapco), Bahrain Airport Company and Bank of Bahrain and Kuwait (banking sector) have many Bahraini women in the senior roles.

“GPIC has been keen to attract qualified Bahraini women and provide them with the appropriate qualification to work in the various locations in the company’s industrial complex, including leadership positions in the executive management, in addition to other supervisory positions.

“The company continued its efforts to support the advancement of women, by currently implementing several initiatives to give Bahraini women working in the company more opportunities to prove their worth and ability to lead and excel.

“The company took the initiative to launch a number of qualitative policies and practices to ensure gender balance and integrate the needs of working women into the work environment and benefiting from the company’s gender balance initiatives.”

Bapco, which earlier won a special award from Her Royal Highness Princess Sabeeka bint Ibrahim Al Khalifa for the advancement of Bahraini women, has constituted the Equal Opportunities Committee to ensure the principles of gender balance within the workforce.

The committee allowed unmarried Bahraini women to benefit from the company’s home ownership programme. The Bahrain Airport Company is also considered one of the distinguished private sector institutions in adopting the concepts of gender balance and integrating the needs of women.

“Bapco has women occupying 15 per cent of its leadership roles, which makes it one of the best women empowering firms of the Kingdom.” Bank of Bahrain and Kuwait established the Equal Opportunities Committee in the year 2015 and since then has been supporting the women empowerment initiatives in the Kingdom.

The role of the private sector is highly important in the process of activating the National Model for the Integration of Women’s Needs due to the number of Bahraini women working in this vital sector. Some economic institutions had taken the initiative of considering the concept of integrating women’s needs.

The initiative can be seen through the participation rate in the Award of Her Royal Highness Princess Sabeeka bint Ibrahim Al Khalifa for Women Empowerment, which is intended for private sector institutions as well.

Also, it can be seen through the institutions’ efforts in integrating the opportunities equity principle in the policies, information of the staff or the services provided to support the working women’s career.

The Supreme Council for Women’s efforts in the private sector are clear through the interest shown in achieving the integration of women’s needs by some private sector institutions’ initiatives to provide the supporting atmosphere of women’s work and how it is positively reflected on their performance.

Moreover, the Council is keen to decrease the unemployment rate that faces the Bahraini women by integrating their needs in the field of self-employment and by simultaneously launching initiatives that aim at sustaining their presence in the private sector.