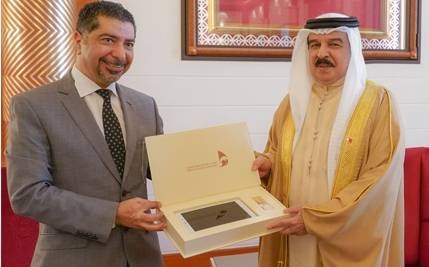 His Majesty King Hamad bin Isa Al Khalifa has reiterated Bahrain’s firm commitment to all international conventions and laws related to human rights, which are an essential part of Bahrain’s culture, Arab identity and Islamic faith.

HM the King stressed Bahrain’s approach in protecting and respecting human rights to ensure citizens’ wellbeing as he received members of the National Institution of Human Rights (NIHR) led by chairman Ali Ahmed Al Derazi who submitted the NIHR 2021 Report.

His Majesty praised achievements and activities that aim to promote and develop human rights in Bahrain and to cooperate and communicate with international organisations and bodies in a framework of transparency and clarity to work on the protection and consolidation of human rights.

He lauded human rights achievements in Bahrain which has become a leading model in this field, in accordance with the human rights principles stipulated in the National Action Charter, the Constitution, and relevant laws and legislations, in addition to international and regional instruments and treaties ratified by the Kingdom of Bahrain.

HM the King commended the NIHR Board of Commissioners and the General Secretariat for their role in promoting human rights, work to consolidate its values, raise community awareness, and contribute to ensuring their free and independent practice.

Al Derazi expressed sincere thanks and gratitude to HM the King for his constant care and directives to promote human rights in Bahrain, supported by the government, chaired by His Royal Highness Prince Salman bin Hamad Al Khalifa, the Crown Prince and Prime Minister.