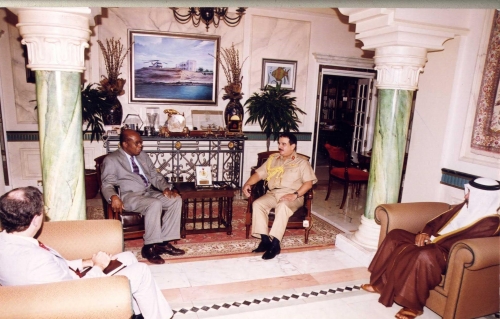 He said that King Hamad bin Isa Al Khalifa, King of the Kingdom of Bahrain, took a united stand with the United States of America and expressed his readiness to help, as well as the Bahraini people standing with the American people.

Dr Khalifa added that King Hamad bin Isa Al Khalifa was quick to receive American Ambassador Johnny Young to review the latest developments in the situation and offer condolences to US President George Bush, families and friends of the victims as well as the American people.

“The King of Bahrain followed up with US Ambassador Johnny Young at Al Safriya Palace developments of the situation and assured the US Ambassador of Bahrain’s readiness to cooperate with the United States of America as required by the phase that it went through,” stated Dr Khalifa.

“King Hamad bin Isa Al Khalifa expressed Bahrain’s condemnation and denunciation of the terrorist attacks that claimed many innocent lives and affirmed the solidarity of the Bahraini people with the American people.

“The Bahraini King’s condemnation of the terrorist attacks and his willingness to cooperate to the extent required at the stage achieved remarkable spread in major newspapers in the United Kingdom and the United States of America.”

He added that the spread of the statements issued by the leadership of the Kingdom of Bahrain – led by His Majesty King Hamad – which rose in American and international media proved the strength of the will of the King of Bahrain to confront global terrorism.

He went on to say that the positions of King Hamad bin Isa Al Khalifa, King of the Kingdom of Bahrain, were one of the biggest doors for Bahrain entering into a broad alliance with the United States of America and the world in combatting terrorism and extremism.

“The position of the King of Bahrain was followed by the statements of his Crown Prince Salman bin Hamad Al Khalifa that Bahrain had not received any request for assistance, but when needed Bahrain stands by its friends,” added Dr Khalifa.

“The Bahraini Foreign Minister at the time – Shaikh Mohammed bin Mubarak Al Khalifa announced Bahrain’s readiness to participate in an alliance supported by the international community to fight terrorism and punish its perpetrators.”

Dr Khalifa indicated that the pace of US recognition of the common goals between Bahrain and the United States of America and the level of Bahrain’s participation in international efforts to combat terrorism has increased.

He highlighted US President George W Bush’s praise of Bahrain’s King Hamad bin Isa’s stances at a school celebration in Washington, in which Bahrain participated among six Arab countries in the Friendship through Education initiative.

He also noted President George W Bush’s statements regarding the United States’ intention to continue achieving common goals between Bahrain and America and his appreciation of the strong ties and common values that bind them together.

“President George W Bush welcomed every opportunity to consult with King Hamad and share his commitment to combating international terrorism in a reply telegram sent to His Majesty on the first anniversary of the September 11 attacks,” added Dr Khalifa.

“The King of Bahrain took a global trend in addition to his allied directions with the United States of America in issues of security and peace and achieved a deeper balance by forming a global Bahraini understanding in the face of terrorism.”

Dr Khalifa referred to the complementarity of the position of the King of Bahrain, pointing to his immediate move from condolences to his readiness in joining the United States of America to fight terrorism, winning the appreciation of the authorities and the people of America.

He also indicated that King Hamad received a letter of appreciation from New York’s Mayor and its people which described the positions of Bahrain and a number of countries in the world as a firm reminder that the world shares America’s insistence on creating a future free of fear.

Dr Khalifa concluded by saying that the stances of the King of Bahrain towards the events of September 11 doubled the values and connections that bind Bahrain to the United States of America. He expressed his perceptions that Bahrain possesses the elements to qualify as a regional centre for combating extremism and terrorism in cooperation with the United States. 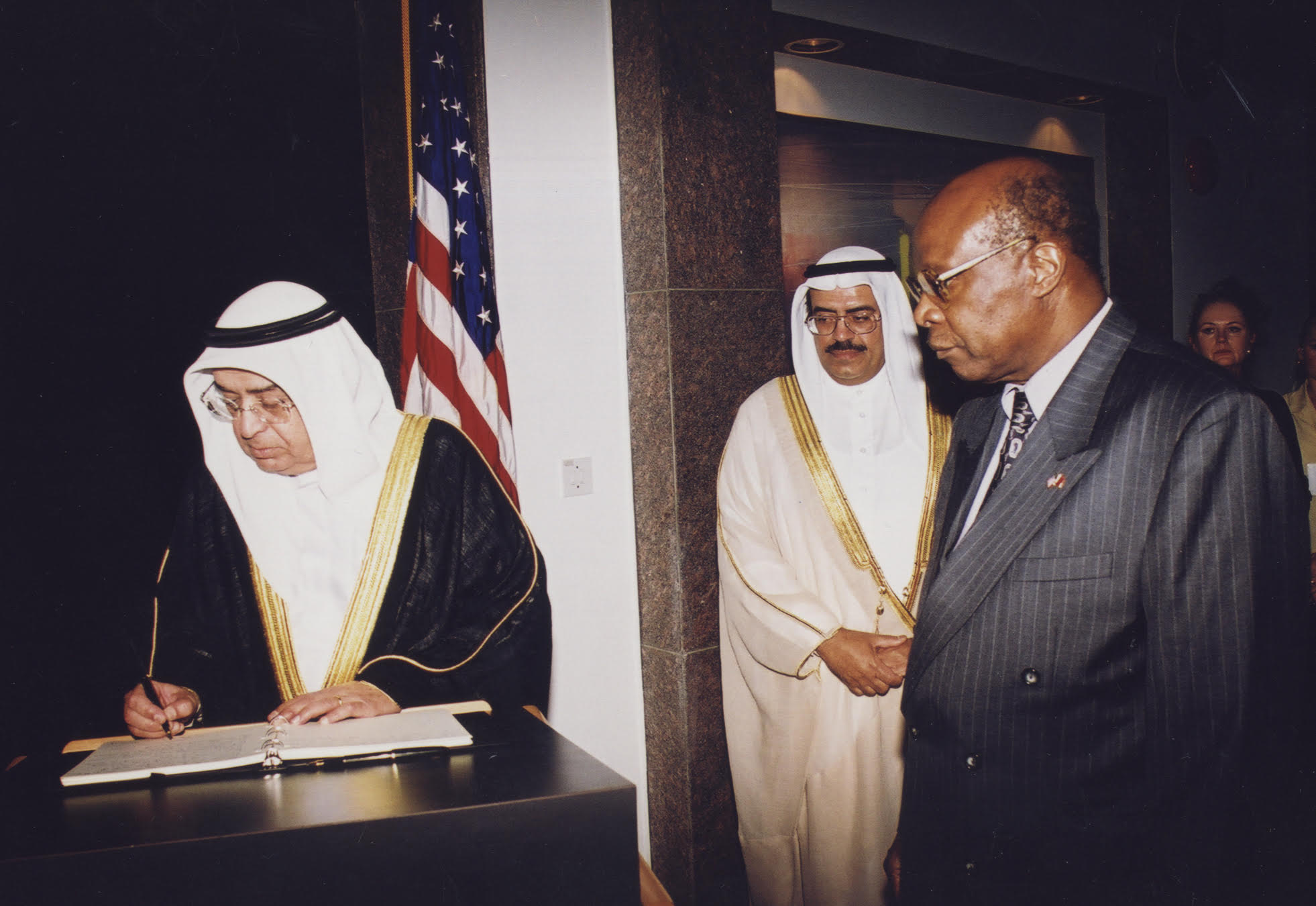 Bahrain’s Foreign Minister at the time, Shaikh Mohammed bin Mubarak Al Khalifa, and a number of ministers offering Bahrain’s condolences and sympathy to the American people and their authorities after the September 11 terrorist attacks.

Zelensky says he would meet with Putin to end the war