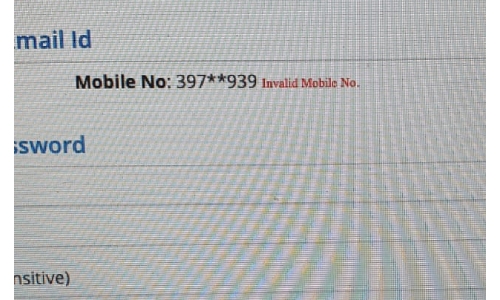 The situation is causing panic among a large number of NEET aspirants and their parents as the counselling session will end in another two days.

Speaking to The Daily Tribune, a worried parent said:

“We initially registered using a Bahrain mobile phone number, which has eight digits.

An Indian mobile phone number, which has ten digits, was given as the alternate one.

Now when we try to sign in for the counselling session, it says invalid number.

We are very much worried about this as there are only two days left.”

He requested the authorities to fix the technical glitch so that students from Bahrain can take part in the counselling session.

“This is something regarding a student’s future.

I request the National Testing Agency to immediately rectify the technical glitch.”

The exam is conducted by the National Testing Agency, which provides the results to the Directorate General of Health Services under the Indian Ministry of Health and Family Welfare.