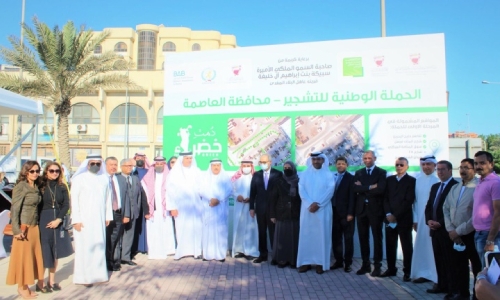 The Central Bank of Bahrain (CBB) expressed keenness on raising awareness within the financial and banking institutions in Bahrain about climate-related risks and on including them in the annual training plans of the institutions.

CBB Governor Rasheed Mohammed Al Maraj said the moves would be within a drive to develop directives related to the environment and the climate.

He was speaking as the Bahrain Association of Banks (BAB) joined the Forever Green campaign to carry out the Central Market afforestation project at a total cost of BD 21,000.

Al Maraj praised the active contribution of the Bahrain Association of Banks, banks and financial institutions to the Forever Green campaign, which reflects the commitment of the financial and banking sector to national orientations to expand green zones in Bahrain and reinforce sustainable development.

The launch ceremony coincided with the International Day of Banks.

Shade trees were planted in a way that cools temperatures and purifies the air from environmental pollutants, for the sake of customers and Bahrain's climate in general. 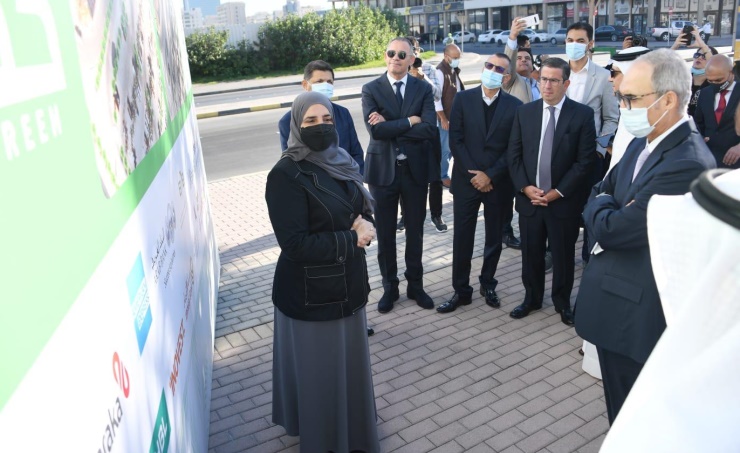 The Forever Green campaign, launched by National Initiative for Agricultural Development (NIAD), supports the efforts made by Bahrain locally, regionally and internationally to protect the climate.

The ceremony in which seedlings were planted to express the start of the process was attended by Al Maraj, NIAD Secretary-General Shaikha Maram bint Isa Al Khalifa, BAB Board Chairman Adnan Ahmed Yousif and CEOs sponsoring the initiative.

During the event, the bank CEOs and financial institutions that have contributed to the afforestation were briefed on the campaign objectives, the sites that benefited in the first phase and the positive results achieved from the strong campaign that is serving the climate and the flora in various regions in the Kingdom.

The campaign is also contributing to limiting the effects of climate changes related to the increase in carbon emissions, in a way that enhances air quality and preserves the green area in Bahrain, especially since the Central Market is among the hottest areas in Bahrain.

BAB Chairman said that the participation of the Association in this national campaign was part of climate and environment-related initiatives it is implementing in partnership with financial and banking institutions members of the Association and government and private agencies.

The aim is to maximize the impact of the contribution by the financial and banking sector to environmental protection initiatives in Bahrain, he said.

He thanked the financial and banking institutions participating in the national campaign and reflecting the spirit of national and societal responsibility. 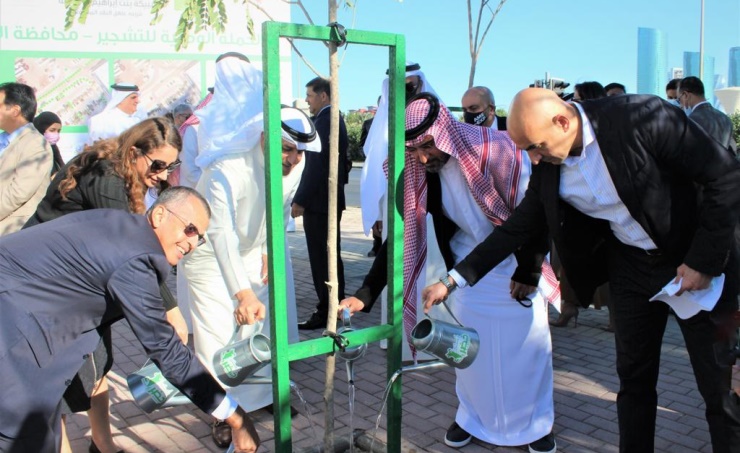 Shaikha Maram said the fruitful cooperation between NIAD and BAB enhances the government efforts that emerged clearly in the environmental and agricultural framework.

The directives and support of HM King Hamad bin Isa Al Khalifa and the interest of HRH Prince Salman bin Hamad Al Khalifa, the Crown Prince and Prime Minister, stressed the need to achieve a food ecological model, she said.

They are based on sustainability and the ability to face various challenges, especially with the increase in environmental and climatic risks facing the world in the next decades, Shaikha Maram added.

She stressed that the announcement by HRH the Crown Prince and Prime Minister of Bahrain’s commitment to achieving zero carbon dioxide emissions by 2060 has made it imperative for all to cooperate and work together to combat these global challenges.

Shaikha Maram expressed her great pride in the fruitful cooperation with BAB that led to the joint support by 20 banks to plant acacia and ficus trees characterized by the sustainability of their green color, large size, umbrella shape, low fall of their leaves and their ability to adapt to the Kingdom's climatic conditions.

"The positive response of financial institutions to the directives of the Central Bank of Bahrain on the necessity of dealing with climate-related risks reflects their deep sense of patriotism, which will increase the impact of their contribution to environmental protection initiatives in the Kingdom of Bahrain," Shaikha Maram said.