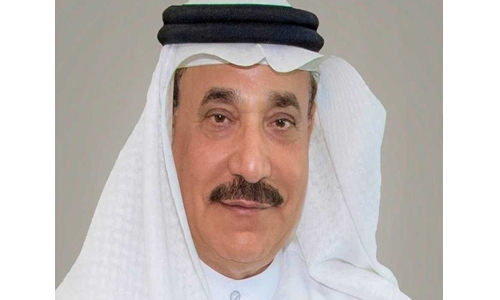 Labour and Social Development Minister Jameel bin Mohammed Ali Humaidan announced that 99.8 per cent of companies in Bahrain have complied with the afternoon outdoor work ban during the months of July and August.

The work ban period ended today, as companies and institutions resume their normal work, while the Ministry carried out 11342 inspection visits to work sites throughout the ban period, in order to supervise the implementation of the decision and the extent of the facilities and workers’ commitment to it. Accordingly, only 22 violating establishments were monitored, while the number of violating workers reached 33, and those violations were referred to the judiciary.

In this context, Humaidan praised the commitment towards the afternoon work ban from 12 noon until 4 pm by the companies. The minister pointed out that this commitment reflects the keenness of employers on the safety and health of workers in various circumstances, praising the optimal implementation of the decision, which carries with it many human and human rights aspects.

The minister also shed light on the economic gains that employers gain by reprogramming their working hours in open places in a way that does not affect productivity levels and the completion of tasks and at the same time contributes to reducing the cost of human injuries at work sites. He noted that through the inspection visits, it became clear the extent to which the establishments adhere to the decision and provide the necessary tools to spare workers heat exhaustion and heat strokes during the summer period when Bahrain is witnessing a rise in temperature and humidity.

The Minister stressed that the Kingdom of Bahrain was proceeding to update the occupational safety and health legislation in line with the latest shifts in the risks in the workplace to reduce injuries, accidents, as well as occupational diseases in accordance with international Labour standards.

He noted that this will constitute a motive for more legislation that protects the work environment from the economic risks caused by occupational accidents at work sites.  This attention also reflects Bahrain's high status in respect to human rights, especially for those workers who participate in the construction and development sector. Furthermore, he pointed to the ministry's keenness to provide the optimal application for such regulatory decisions to ensure the health and safety of workers and the sustainability of a healthy and productive work environment.

The ministerial edict regarding the afternoon work ban states that “anyone who violates the provisions of this decision shall be punished with the penalties stipulated in Article (192) of the Civil Labour Law promulgated by Law No. (36) of 2012, which stipulates that whoever violates any of the provisions of the chapter (15) and the issued verdicts shall be punished by imprisonment for a period not exceeding three months and a fine of no less than 500 dinars, and not more than a thousand dinars, or either one of these two penalties.