; Bahrain to get bicycle, eBike lanes | THE DAILY TRIBUNE | KINGDOM OF BAHRAIN 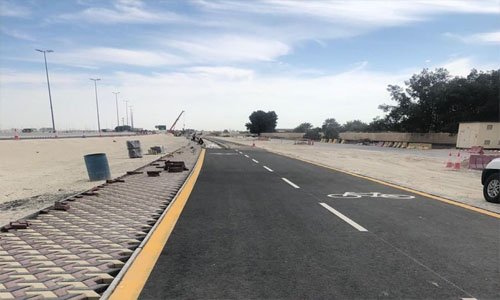 Plans are on the anvil to instal protected bike lanes along the streets of the Kingdom, creating an environment potentially safe for bicycle and e-bike riders.

The move surfaced as Sheikh Mohammed bin Ahmed Al Khalifa, the Undersecretary for Municipal Affairs and Sami Abdulla Ahmed Buhaza, the Undersecretary for Land Transportation and Post, held a meeting on developing and managing bicycle tracks in the Kingdom. The project, officials said, reflects the increasing demand for paths and lanes for bicycles and electric bikes in Bahrain.

He added,” The land transport sector has licenced some companies operating a bicycle and electric bike rental service to provide advanced and new services and creating an integrated transportation network that includes all regions of the Kingdom.”

The meeting agreed to form a technical committee to activate means of cooperation and coordination to implement the project, study proposals and procedures and involve other government agencies.

A cycle track is a physically marked and separated lane dedicated for cycling. It is on or directly adjacent to the roadways but typically excludes all motorized traffic with some form of barrier.