; Green lights are back in Bahrain | THE DAILY TRIBUNE | KINGDOM OF BAHRAIN 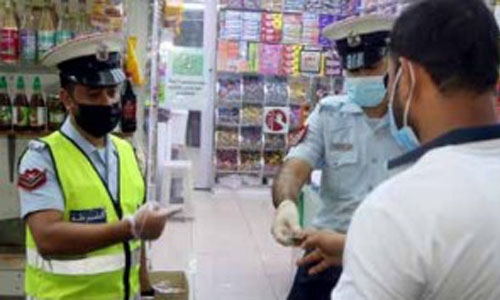 Bahrain will glow in green starting today as the number of existing cases plunged to the lowest level of the alert system modelled on traffic lights, said the National task force combatting Coronavirus (COVID-19 Pandemic.

The Kingdom will also permit events and conferences in outdoor areas and training programmes adhering strictly to preventive measures. Authorities will also allow children under the age of twelve to enter cinema halls accompanied by a vaccinated or recovered person.

The move, the Taskforce said, is as per the traffic light system adopted for indicating the intensity of the COVID-19 outbreak in the Kingdom. Bahrain was flashing the Orange alert signal during the days of Arafah and Eid Al Adha as a precautionary measure to avoid a further spike in the infection. Green lights kick in when the rolling average percentage of new cases out of tests carried out remains below 2% for 14 days.

The alert glows red hot when the rolling average zoom up to 8% and stays there for three days. Moving up from a lower alert level to a higher one can be immediate, but the reverse will happen only after staying at the same level for no less than a week. The task force team had earlier said that it would adopt appropriate levels for occasions beyond the purview of the data mechanisms determining the alert levels. 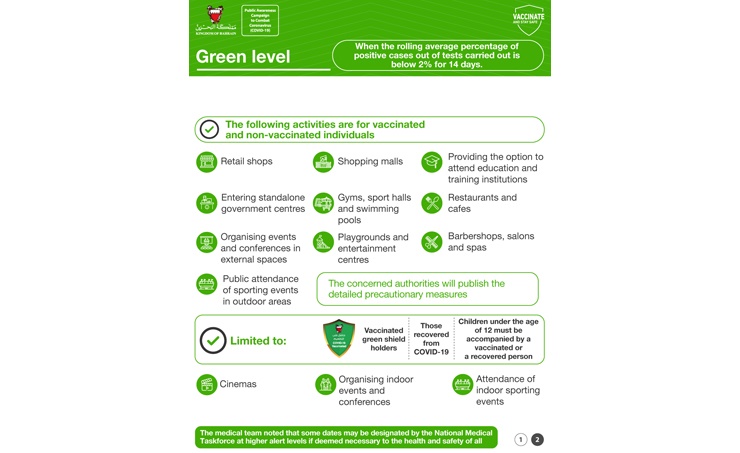 India, Pakistan, Sri Lanka, Bangladesh, Nepal and Vietnam existed from the list. Passengers arriving from red List countries, including passengers who have transited through any of those countries at any point in the preceding 14 days, are prohibited from entry unless they are citizens or residents of the Kingdom of Bahrain.

The National Medical team urged all to maintain social distancing, wear masks in indoor public areas and adhere to all the preventive measures. “Every citizens and resident are responsible for the safety and security of their society,” the statement added. 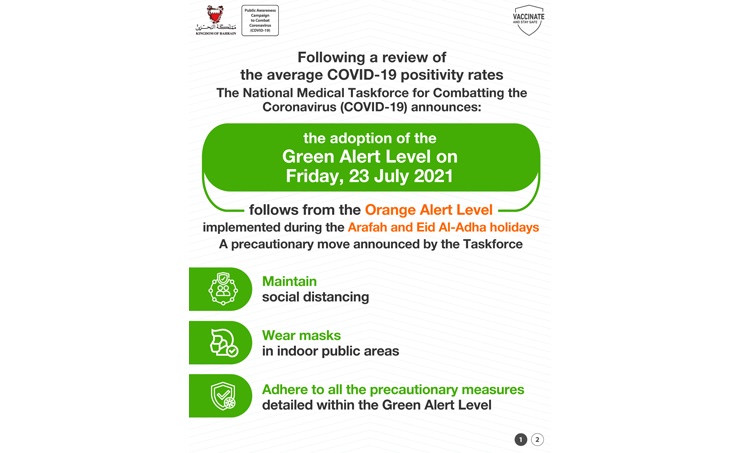 SaNOtize, a company behind an anti-COVID nasal spray, has begun selling its product in Israel and Bahrain, said a report by the website ‘NoCamels’. (https://bit.ly/3kKYWkA) Enovid, according to SaNOtize, is a Nitric Oxide Nasal Spray and is on sale in Israel for $42. The report, quoting Dr Gilly Regev, an Israeli-Canadian scientist who co-founded SaNotize, said the spray is effective against SARS-CoV-2, a virus that causes COVID-19.

It was also found effective against the variants Alpha, Beta, and Gamma, in lab tests conducted at Utah State University’s Antiviral Research Institute, the report added. “Our solution can kill the virus within 2 minutes,” Dr Gilly Regev was quoted as saying in the report.

The spray, NoCamels claims, is effective at suppressing viruses including influenza, rhinovirus and others. The spray releases a small dose of nitric oxide to kill viruses in the upper airways thus prevents viruses from incubating and spreading to the lungs. Israel, the report said, had granted an emergency use authorisation as a medical device for Enovid earlier this year. It is allowed for 12 years of age and older.