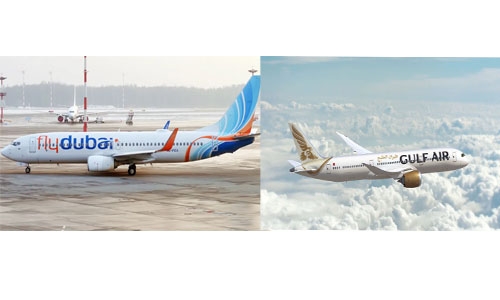 The passenger jets of Gulf Air and FlyDubai collided with each other on the taxiway of the Dubai International Airport early morning yesterday, reports said. Authorities reported no injuries in the incident.

In a statement, the airport said, “Dubai Airports can confirm an incident took place in the early hours of this morning, Thursday, July 22, at DXB involving two passenger aircraft.” Dubai Airport authorities also said it closed one of its runways temporarily for two hours “to allow for the minor incident to be swiftly managed.” “Operations at DXB were not impacted, and the runway was reopened after two hours,” the statement added.

FlyDubai, in a statement carried by Al Arabiya, said that one of its Boeing 737-800s heading to Kyrgyzstan found itself affected by “a minor incident” and forced to return to the stand.

The airline said passengers took a later flight, which departed six hours later. Flydubai statement to Al Arabia said it is working with authorities to investigate the incident. The airline also confirmed that the collision damaged a wingtip on one of the aircraft.