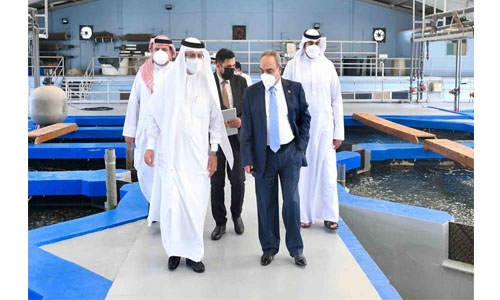 This comes as Khalaf visited the National Aquaculture Centre in Ras Hayyan with the Undersecretary of the Agricultural Sector and Marine Resources, Dr Hussein Jaafar Makki. The fish farming projects are considered a promising industry that will contribute to raising the production capacity of fish food in the Kingdom of Bahrain.

Minister Khalaf said that the Ministry’s interest in achieving food security stems from the royal directive of His Majesty King Hamad bin Isa Al Khalifa during the opening of the second session of the fifth legislative term of the Shura and Representatives Councils in October 2019, where His Majesty directed to develop strategic projects for national food production.

He pointed out that the Ministry, represented by the Agency for Agriculture and Marine Resources, put forward a number of initiatives in order to achieve the strategy, including creating the infrastructure for this economic activity. 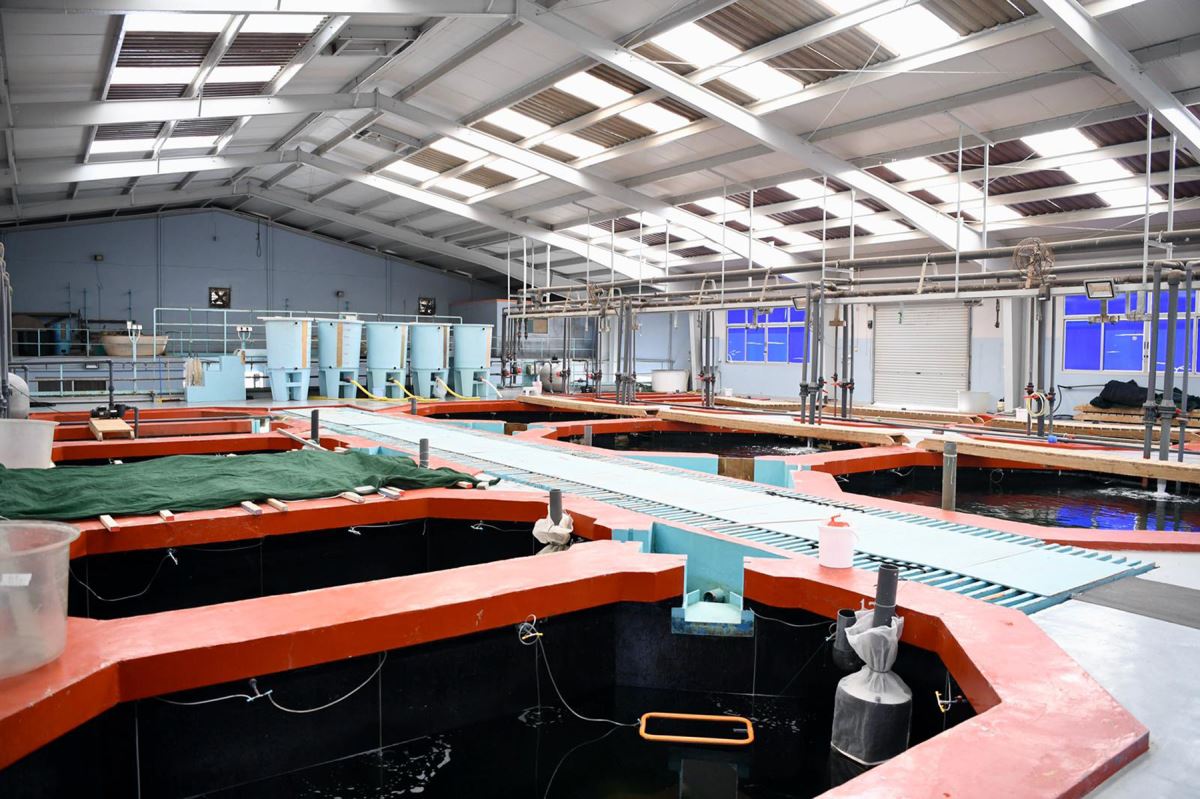 Minister Khalaf said: “One of the most prominent infrastructure pillars for this activity is the use of modern technologies that will overcome some obstacles and prepare the laboratories needed by the fish farming process, and this is what the Ministry has been able to undertake.” He stressed that his visit to the National Aquaculture Centre was aimed at monitoring the progress of the comprehensive maintenance operations that took place at the National Center for Mariculture, which included the main fish production hatcheries.

The Minister was briefed on the development to increase production efficiency in the National Center for Mariculture, which aims to produce 20 million fingerlings by 2025.

He said: “The agency’s officials were directed to study the deepening and expansion of the marine channels leading to the water pumping station at the National Aquaculture Centre, which is the main tributary of the farming operations, in addition to making use of the sea lakes adjacent to the culture centre and an area of four hectares of sea for the cultivation of fish and algae.” The Undersecretary of the Agricultural Sector and Marine Resources Undersecretary, Dr Nabeel Mohammed Abul Fateh, said that Minister Khalaf was briefed during this visit on the experiences of producing nano-algae, which is a qualitative leap for the cultivation of this type of algae.

He explained: “Nano-algae is important in the production of young fish, as it contains high percentages of plant proteins compared to other algae, such as chlorella.” He added: “We are working on completing the second phase of settlement of land for fish farms, which will provide 70,000 square metres and contribute to increasing fish production in the wild areas of the Kingdom.

“During the visit, the Minister was also informed on the success of producing protein powder from locally available sources, in order to be a mainstay for the fish feed industry and reduce dependence on importing raw materials from abroad.”