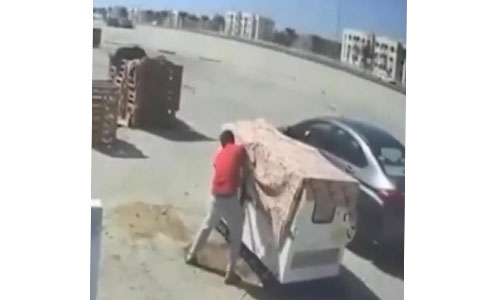 The Tribune had reported the suspect’s arrest by the Southern Governorate police after cops there identified him following multiple complaints.

Several owners of mobile food carts parked near the Al Istiklal Street walkway had filed reports of thefts in the past two weeks at the station there.

Investigators finding similarities in the thefts also intensified their search for the culprit.

Based on evidence collected, including CCTV footage, the cops soon managed to identify the suspect and took him into custody.

The Public Prosection took statements from the suspect, who also confessed to his crimes during interrogation.

Police officers had questioned him with evidence, including video footage of his crimes. The man will now face trial in a competent court.