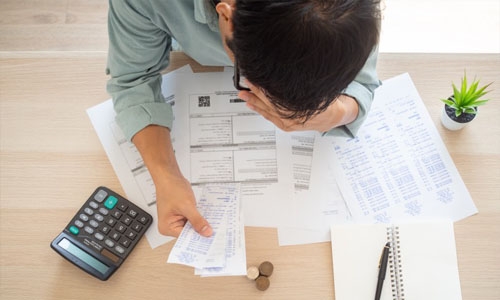 Every hot summer months – from April to October – expatriates all have the same issue and concern: extremely high electricity and water bills! This year is no exception.

The issue has caused a big problem among the expatriates who make up 52.6% of the population and play a key role in the development of the national economy, as it comes at a time when many have lost their jobs due to the coronavirus pandemic (COVID-19).

Utility bills are a significant part of every household’s monthly budget. And as always, utility bills are the highest during the summer months due to the increased use of air conditioners and water, making it a struggle for many expatriates.

Since 2016, when gradual increases in electricity and water consumption rates were introduced as part of austerity measures adopted by the government to offset a drop in oil revenues and address a large budget deficit, the expatriates have already been badly affected.

This means expats pay a massive 866 per cent more than Bahrainis. Prior to the four-year phased increases in rates which ended in March 2019, both expats and Bahrainis alike paid 3 fils per unit.

The abnormally high utility bills are causing a sizeable burden to low-income expats. With meat, fuel, water and power subsidies all being slashed since 2015, along with the introduction of a new sin tax on cigarettes and fizzy drinks in December 2017, the cost of living has increased.

Utility bills have also been subject to VAT of five per cent since January 1 last year. This has added to the expats’ burden. In Bahrain, the majority of expatriates fall into the middle to lower-income bracket.

Absurdly high utility bills are weighing down on them as many are unable to cope with the rising costs. Many of them struggle to pay bills and they leave Bahrain for good as their entire salary is just going towards expenses.

Statistics from the General Organisation for Social Insurance (GOSI) have revealed that 73% of the expat population earns less than 200 Bahraini Dinars per month.

Compounding their miseries, in this time of the pandemic, many expats have experienced salary cuts and others suspended from work without pay.