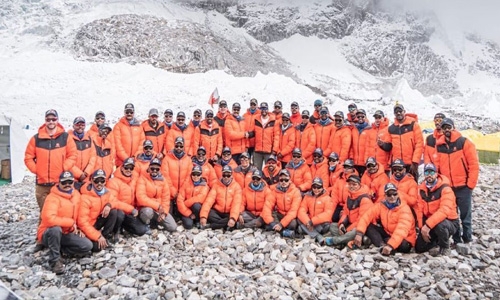 Summit is just days away for Bahrain team

Bahraini Everest team is hoping to reach the summit of Mount Everest as early as this Tuesday if the conditions permit. The team will be climbing a slightly higher Everest after Nepal and China revised its height to 8,848.86 metres (29,031 feet) last year-- 86 centimetres (2.8 feet) higher than the measurement previously recognised by Nepal.

“The team are all at Camp 2 being led by @tashi8848.86 looking at a summit early on the 11th,” Bahraini mountaineers wrote on their Instagram post. Experts say the average time for climbers to reach the summit from the base camp is 40 days.

The base camp is often described as the formula one depot of Nepal from where climbers will have their dreams fulfilled or return home with an unfinished task. 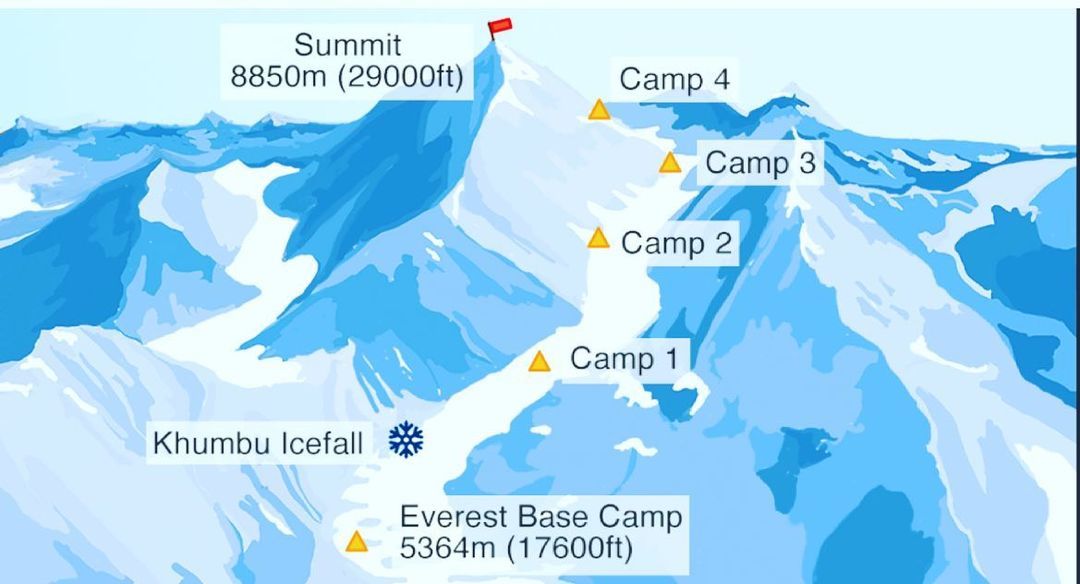 Camp 1, climbers say, is a “vast, flat area of endless snow, deep crevasses and mountain walls frequently washed by avalanches.” From there, after an endless march, climbers will reach Camp 2, “a rocky patch at the foot of the icy Lhotse wall.” Bahraini climbers are right now, here.

The team earlier wrote from base camp that they are waiting for the window to open and go hard “as we can bypass camp 1.” Everest base camp is 5,364 meters or 17,600 ft above sea level.

Camp 3, mountaineers say, is not a place to play around. “One slip and you are gone,” as a climber puts it. The climb from here can be either easy or hard, depending on the weather.

Camp 4, dubbed the death zone, sits on a plateau resembling a moonscape, they say. View from here is described as “magical and surreal” with the magnificent view offered by vast brown plains of the Tibetan plateau. 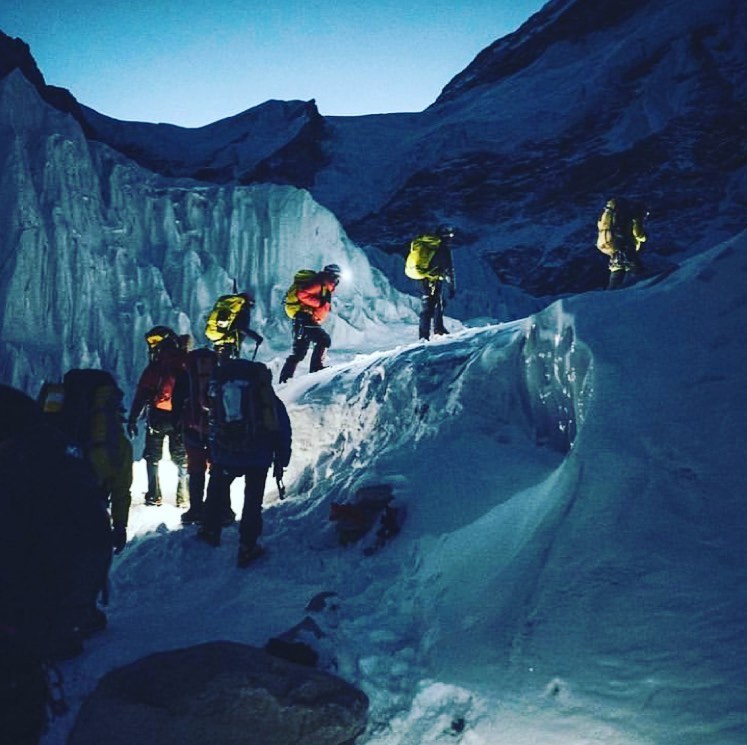 Recently, a team of climbers, 12 sherpas from the seven summit Treks, reached the top of Mount Everest to become the first climbers of the season to conquer the new altitude of the mountain from the Nepal side.

According to the Bahrain team, sherpas reached the summit of Sagarmatha (Everest 8848.86) at 18:00 Nepal time. For Kami Rita Sherpa, who is part of the team, it was also his 25th time. He also broke his record for the most summits of the highest mountain in the world. Sherpa was part of a 12-member team fixing the ropes to the summit. 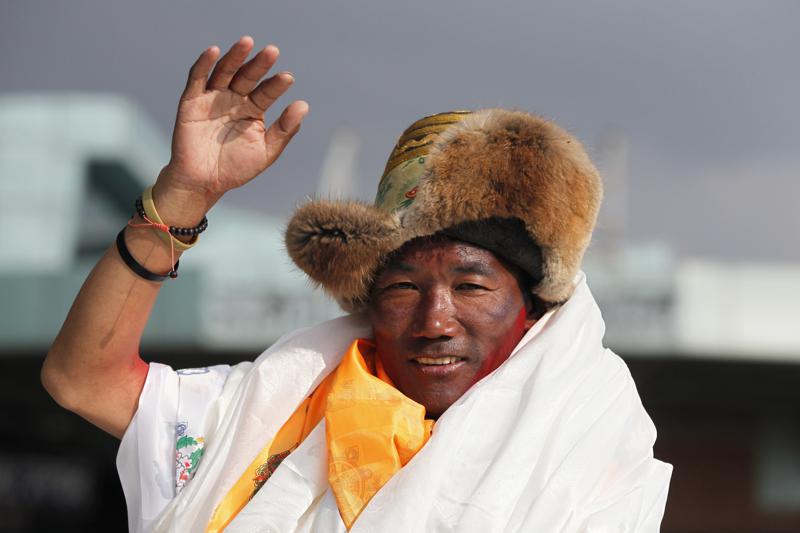 “Kami Rita has made a new record with his 25th summit,” Mingma Sherpa of Seven Summit Treks, the expedition organiser, said. A guide for more than two decades, Sherpa first summited the 8,848-metre (29,029-foot) peak in 1994 when working for a commercial expedition. “It isn’t about breaking records... My aim was to celebrate my silver jubilee by climbing 25 times in 2020 at the age of 50, but Covid didn’t let that happen. So this year, I will make my dream come true,” Sherpa said at the base camp before heading up.

Sherpas from the Seven Summit Treks will also guide up the royal Bahrain team to the summit. The expedition team had also announced meeting a 38 member Indian police climbing team. Posting a group photo with the Indian team, they wrote, “The Team had the honour of meeting the 38 Indian Police climbing team.

They have just completed Mt Lobuche and are looking to summit Mt Everest a few days after our team. Good luck from the entire Bahrain Everest Team.” This season Nepal has issued a record 408 permits costing $11,000 each.