Day of fun, as Bahrain Everest team dance to the tunes of Dramyin | THE DAILY TRIBUNE | KINGDOM OF BAHRAIN 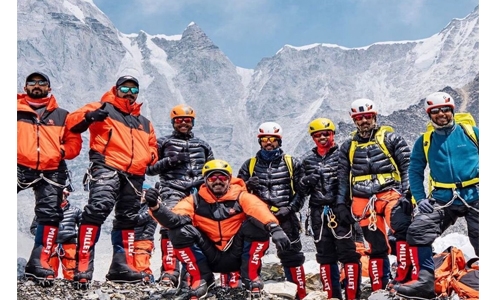 It was a day full of fun, laughter and high energy for the Everest team, who are making firm steps towards their final target, Mt. Everest.

Team members were in high spirits as they rested at their tents at the base camp surrounded by snow-capped mountains. Making their faces beaming with smiles amid the bone-chilling cold was some exquisite heartwarming music.

They clapped in unison, producing a rhythmic base for the player of dramyin, a traditional Himalayan folk music lute with six strings. 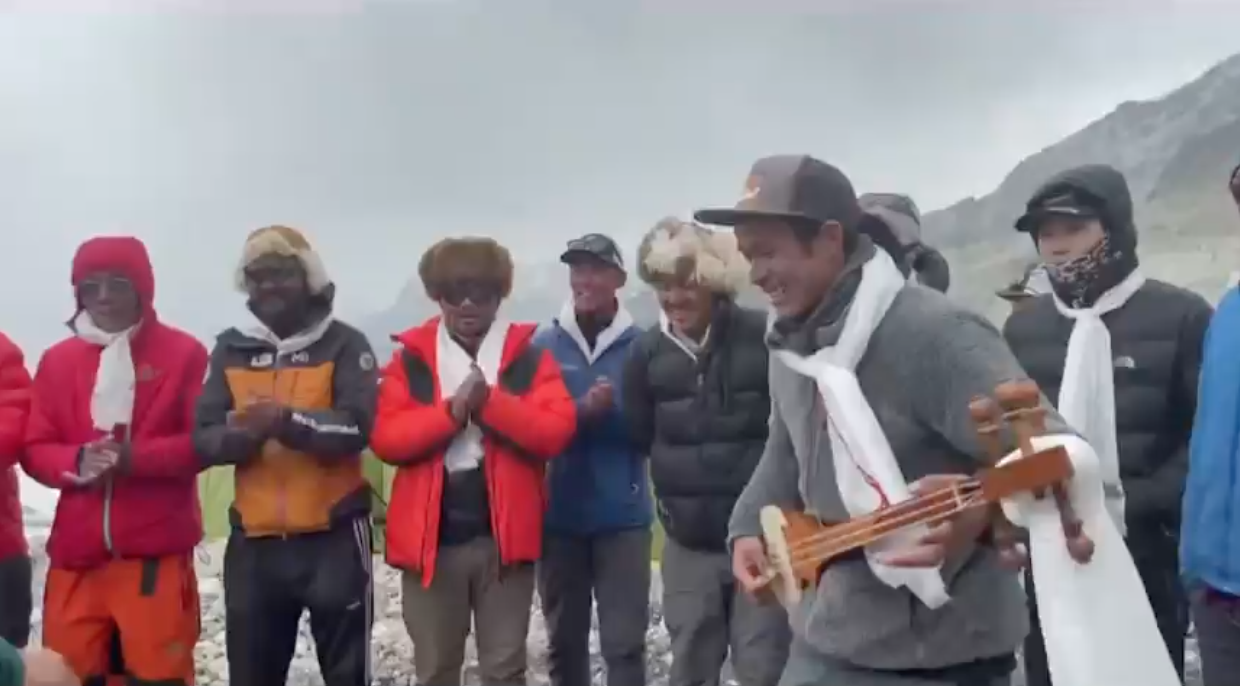 The atmosphere got further heated up with the team members joining in dancing to the beats of dramyin. Their voices reverberated around the mountains making the atmosphere celebratory.

Making the day ‘special’ for them were owners of Seven Summit Trek and Sherpas. Posting a video of the joyful moments, the team wrote on their Instagram page, “The team are not only training their bodies but will also spend time daily with the Sherpas building a strong bond for when they are on the mountain @nasser13hamad.” 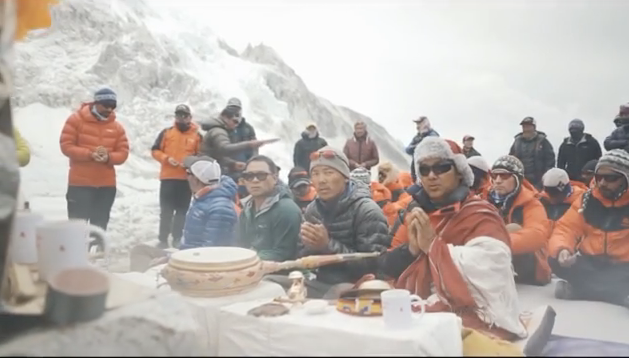 “Sherpas are the children of Himalayas.. long live Bahrain-Nepal friendship.. we will be pleased to serve more Bahrani brothers in Nepal,” a comment followed the post.

“That landscape! Those tents! Huge mountains! Your gear times 10! You got this climb in the bag guys!” another post reads.

A day before, the team also accompanied the sherpas in their ceremonial puja wishing the mission all success. 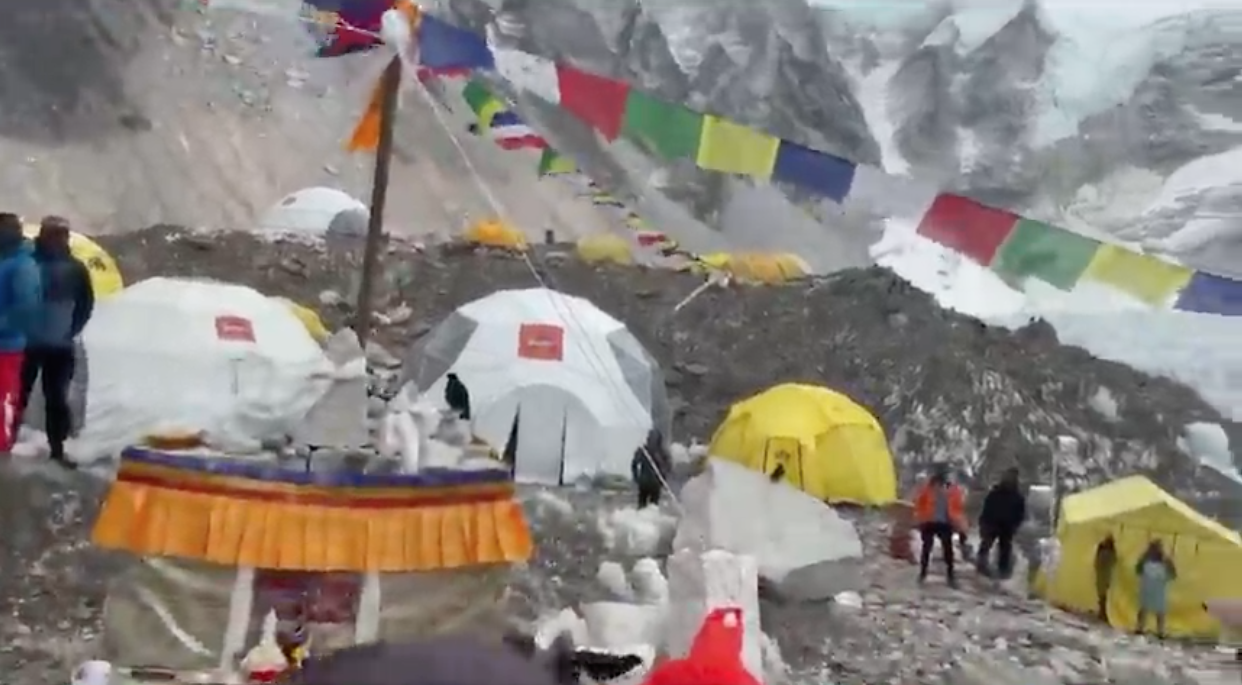 “Puja, also spelt pooja or poojah, in Hinduism, ceremonial worship, ranging from brief daily rites in the home to elaborate temple rituals. The word puja is from the Dravidian “flower”.

In its simplest form, puja usually consists of making an offering of flowers or fruit to an image of a god,” the team wrote. The 16 member expedition team is hoping to climb Mount Everest, either towards the end of this month by early next month. 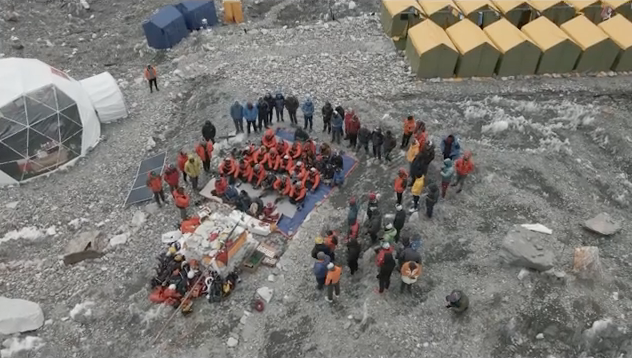 Earlier, High Highness Shaikh Nasser bin Hamad Al Khalifa, HM the King’s Representative for Humanitarian Works and Youth Affairs, commander of the Royal Guard, in an online call termed the success achieved by the team so far as “one of a kind achievements for the Kingdom of Bahrain.”

Shaikh Nasser expressed his confidence in their ability, saying, “The team had made major strides.” “There are challenges ahead, but you are well capable of overcoming them,” Shaikh Nasser told the team.

The mission, Shaikh Nasser said, had received regional and international appreciation. A team of 100 people, including the royal expedition team members, Sherpas, mountain guides and high altitude workers, are climbing Mt Everest. The team has already scaled Lobuche peak and Mt Manaslu in the October of 2020.