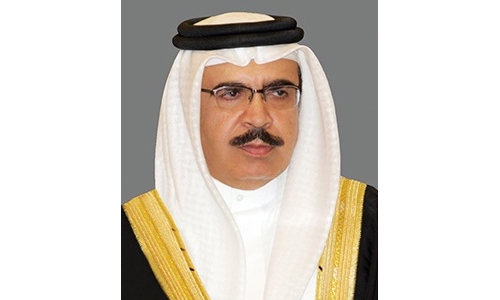 “It is crucial to look beyond ‘confessions in courts’ while determining crimes,” the minister said.

“For this, the ministry has a Criminal Investigation Directorate, forensic labs, capacity building, and latest technologies.” The directives came as the Interior minister reflected on the path-breaking changes outlined by His Royal Highness Prince Salman bin Hamad Al Khalifa during a press meet with the editors-in-chief of local newspapers.

The Crown Prince and Prime Minister had called for a comprehensive review of the justice system in the Kingdom based on the open prison approach, amongst other measures. Shaikh Rashid said the directives to develop the reformation and rehabilitation centres, and adopt a programme for open prisons will “strengthen the principle of justice” in the Kingdom.

On the Open Prison system, the Interior Minister said, “The approach would widen the scope of the alternative punishment system.”

Bahrain, Shaikh Rashid recalled, was one of the first Arab countries to implement an alternative punishment law to promote the criminal justice system.

“The ministry has been working on to develop the Kingdom’s reformation and rehabilitation system to ensure the highest human rights standards.”

Explaining, the Interior Minister said, “The open prisons system enables the inmate, after serving a certain period of his sentence, to leave the prison for some periods to fulfil his responsibilities to his family and society.”

The freedom relies on the inmate returning willingly to the reformation and rehabilitation centre after the decided period ends.

“Specific segments of inmates will be part of the open prisons system,” Interior Minister added.

“This will be determined based on the risk level, type of committed crime, the period left for the penalty to end, and the education level of the inmate,” Shaikh Rashid said.

“It also depends on the inmate’s behaviour while serving his sentence,” the minister stressed.

Shaikh Rashid said the ministry is currently studying the open prisons systems of other countries.

“Based on which, amendments will be made to the reformation and rehabilitation organizations law, and it's executive regulations,” the minister said.

In this regard, the minister highlighted the role of HRH Prince Salman, and HM the King, in implementing the forward-looking goals.

Shaikh Rashid also thanked HRH the Crown Prince for his continuous support to the ministry, which enables “all the ministry’s personnel to assume their duties with greater resolve and dedication, under the leadership of His Majesty the King.”