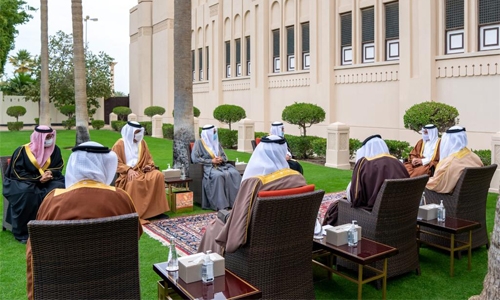 His Royal Highness Prince Salman bin Hamad Al Khalifa’s portrayal of Bahrain’s future strategies and development plans outlined during a talk with journos received a rapturous round of applause from lawmakers, ministers, top Bahraini officials and prominent citizens from all over the Kingdom.

In an in-depth conversation with the editors-in-chief of the local newspaper here, HRH Prince Salman explored the strategic gains of the Kingdom, beliefs, and future strategies.

The talks also delved deep into the creative ways in which the Kingdom would travel to ensure the participation of young Bahraini minds in the nation-building process and peace and prosperity of the region.

“The speech reflects the vision of HRH Prince Salman and his advanced strategies, which keeps abreast of the modern developments,” Speaker, Fawzia bint Abdullah Zainal said.

“It lays out a path for Bahrain to achieve more progress in line with the comprehensive development plan outlined by His Majesty King Hamad bin Isa Al Khalifa.”

The speaker affirmed the full support to develop policies and legislation that supports the private sector and comprehensive development march.

Al Zainal also vowed to double the cooperation between the executive and legislative authority to promote governmental work.

“The vision of the Crown Prince and Prime Minister provides a road map and a sound approach for the future of Bahrain.” “It integrates young minds in the nation-building process and envisages fulfilment of vision 2030 through government work.”

The house of representatives, the speaker said, will do their utmost to eliminates bureaucratic red tapes to increase opportunities for citizens and formulate innovative solutions to housing and infrastructure with the private sector.

“Boosting the economic and investment climate of the Kingdom is one of the priorities of the parliamentary works, especially in light of the exceptional circumstance brought forth by the coronavirus pandemic.”

HRH the Crown Prince has said that the beginning of the recovery from the deadly pandemic will happen by mid this year in the Kingdom. “The view also reassures the correctness and success of all plans and procedures established to fight the pandemic.” Fawzia Abdulla Yusuf Zainal added: “His Highness vision that any solution with Qatar should preserve the rights and interest of the nations and citizens, represents a wise vision that every citizen is proud of.”

Ali bin Saleh Al-Saleh, the Chairman of the Shura Council, said, “The speech of Prince Salman gives a new vigour to the reform march headed by His Majesty King Hamad bin Isa Al Khalifa.” He said the Shura Council would spare no effort to enhance the national building process.

“The aspiration of His Highness to give more opportunity for young minds and national competencies to become part of the council of ministers reflects an insight that enhances the role of the youth in government work.”

HRH Prince Salman bin Hamad Al Khalifa has said that he would strive to remove bureaucratic hurdles to boost creativity, innovation and growth of the private sector as the engine of economic growth.

Al-Saleh said the comprehensive speech underlines the promising future that awaits Bahrain. “It constitutes a roadmap for all fields, especially in defending the Kingdom, citizens and their interests and fraternal ties.” He said, “The speech outlines the desire of Bahrain to enhance investment in health and education, strengthening the national economy, achieving financial balance, and supporting competitiveness.”

The vision represents a comprehensive development plan for a bright future.” “The strategic directions announced by His Highness are, in essence, firm national principles and an enlightened political approach.

The vision provides comprehensive solutions to various political, economic, diplomatic and health issues,” said MP Fatima Al-Qatari. MP Al Rahma said, “His Highness does not know the meaning of the impossible, and that he always believes in the capabilities of the Bahraini to make miracles, which was evident during the Corona pandemic.

The House of Representatives will spare no effort to support Crown Prince and Prime Minister to achieve all his creative and strategic visions.”

The comprehensive vision presented by His Royal Highness heralds a new phase of prosperity for Bahrain said Businessman Akram Miknas.

Miknas also stressed the need to capitalise on the achievements made by the Kingdom in fighting the pandemic.

Miknas further stressed the importance of responding to the call made by HRH Prince Salman to transform the challenges posed by the pandemic into opportunities.

Dr Mariam Al Jalahma, the CEO of the National Health Regulatory Authority (NHRA), said, “The vision heralds an era of comprehensive development under the wise leadership of His Majesty King Hamad bin Isa Al Khalifa.” “We express full confidence in the ability of the Kingdom to come out of the Coronavirus pandemic, thanks to directives of His Majesty the King and HRH the Crown Prince.” “The vision of HRH Prince Salman would strengthen the nation-building process under the leadership of His Majesty the King,” Ali Zayed, the Second Deputy Speaker of the Representatives Council, said.

MP Issa Al-Dossary, the Deputy Chairman of the Committee on Foreign Affairs, Defence and National Security in the House of Representatives, said, “The path laid by HRH the Crown Prince is in the best interest of everyone and aims at preserving and protecting the rights and interests of the homeland and the citizens.” Jameela Ali Salman, the Shura Council’s Second Deputy Chairperson, said, “The press meet of HRH Prince Salman was transparent and had clarity in all areas of government work. It reflected the leadership spirit possessed by His Royal Highness.”

The Bahrain Businesswomen’s Society Chairperson, Ahlam Janahi, said the association would do its utmost to keep pace with these ambitious visions of His Highness the Crown Prince to be an active part of the development and growth. MP Bassem Al-Maliki said the vision of His Highness the Crown Prince and Prime Minister represents renewed and advanced directions for government work, as it also keeps pace with global changes.

Al-Maliki hailed the decision of His Highness the Crown Prince to provide youth more opportunity.

MP Mahmoud Al-Bahrani said, “The words of His Highness conveyed hope, optimism and reassurance to the citizens regarding the ability of Bahrain to safely cross the Corona crisis.” “The press interview showed that His Highness has a clear road map for how Bahrain will overcome this global pandemic with the least possible human and economic losses.” Al-Bahrani said, “We are very optimistic about His Highness’s confidence in our ability to overcome this crisis and turn challenges into new opportunities, relying on the Bahraini youth.” Al-Bahrani also welcomed His Highness for emphasising the need for eliminating the unnecessary bureaucracy in local government.

MP Ammar Ahmed Al-Bannai, the Chairman of the Permanent Quality Committee for Human Rights and a member of the Foreign Affairs, Defense and National Security Committee, said, “His Royal Highness Prince Salman has demonstrated an unparalleled acumen in crisis management.”

He added: “Prince Salman has become a striking example in government work.” The Chairman of the Services Committee, MP Ahmad Al-Ansari, said, “The speech of His Highness the Crown Prince and Prime Minister to the local press reflects the bright vision for the future of Bahrain.” He said, “His Highness the Crown Prince’s emphasis on removing bureaucracy and facilitating government procedures expresses a new vision and sincere will towards developing government work for the benefit of citizens.”

Information Affairs Minister, Ali bin Mohammed Al-Romaihi, pledged that all national media outlets would continue their enlightening mission as a partner in the nation-building and development process. “The Kingdom is capable of turning challenges into opportunities and continuing its success in the pandemic battle, under the leadership of HRH the Crown Prince and His Majesty the King,” said the minister.

Bahrain, the minister said, will also continue adhering to its wise and balanced foreign policy in fighting terrorism and supporting sustainable development. 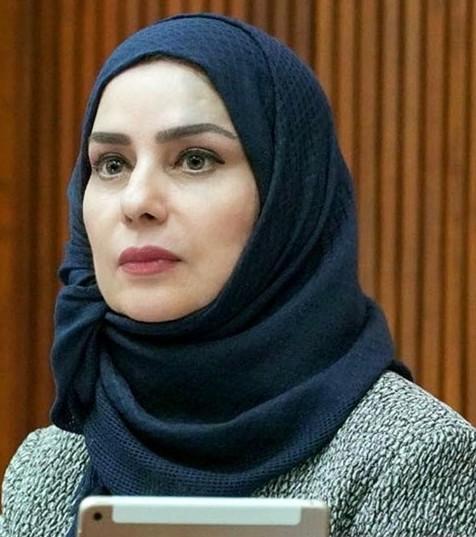 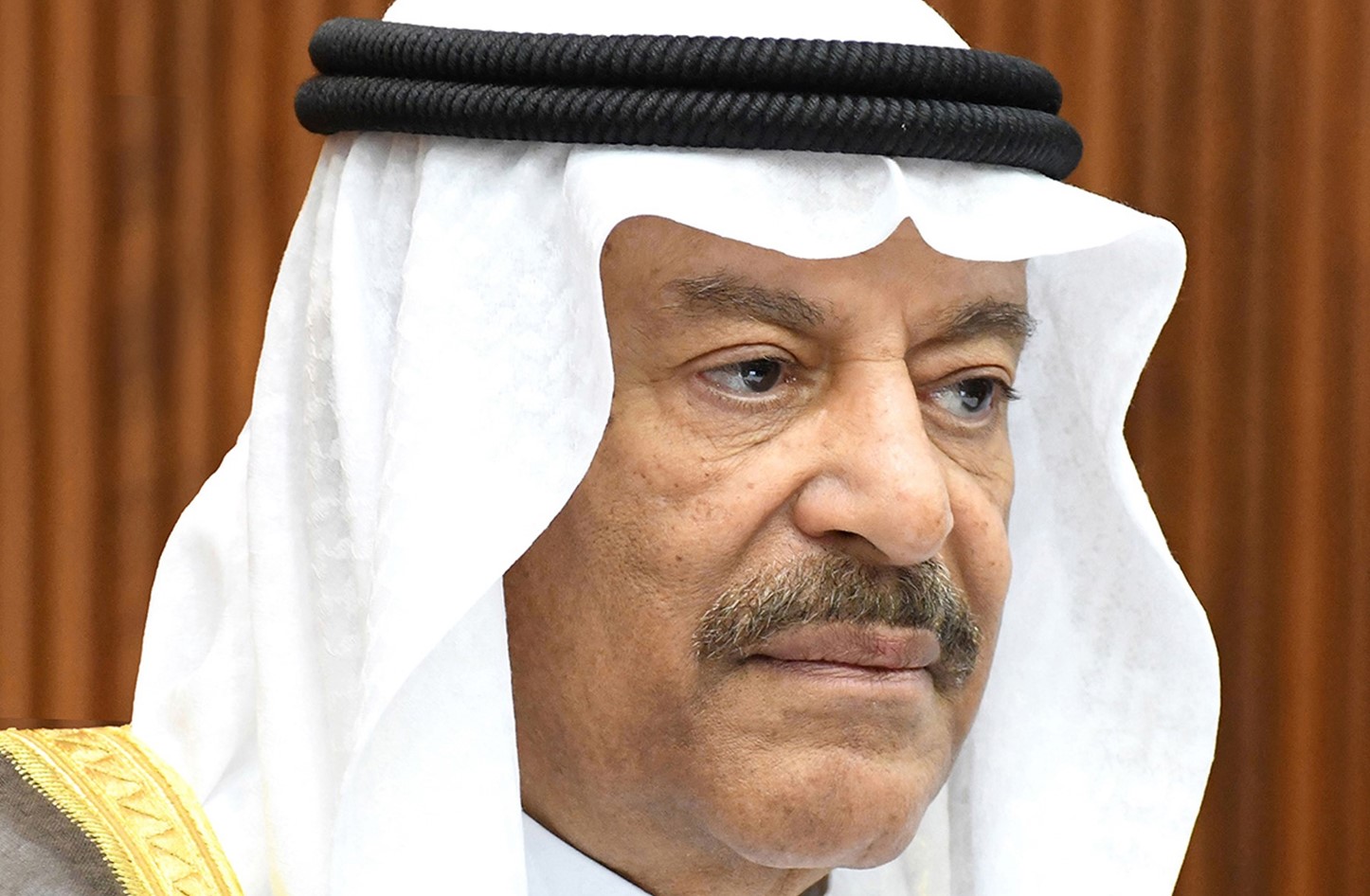