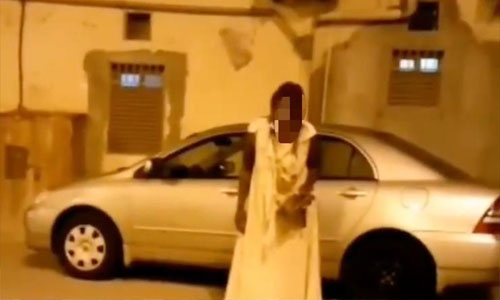 Capital Police took into custody a woman for creating ruckus in a public place in an inebriated condition.

Police were acting on a video clip that went viral on social media.

The video clip showed a 34-year-old woman, an African national, in a drunken stupor, creating commotion in a public place in Sitra.

People in the area said she walked into the neighbourhood at night in an abnormal condition.

Police took her into custody in less than 24-hours after the footage went viral.

The video shows her yelling, cursing and occasionally dancing while also attacking the man videotaping her, accusing him of “chasing” her.

The man holding the camera denies the accusation.

Netizens condemned the woman’s action as inappropriate, complaining of several such activities in residential areas here.

Interior ministry in a statement confirmed the incident and arrest of the woman.

“Legal proceedings are taken against an African woman, 34, for being in a public place in a drunken state and disturbing other,” Interior Ministry said in a tweet.

A similar incident was reported from Smaheej village in Muharraq a few weeks ago.

There a citizen filmed a group of African expatriates, a man and two women, walking in an inebriated state around the village in “immodest” outfits.