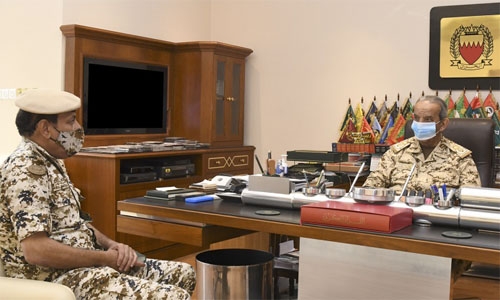 The commander-in-chief praised the distinguished level presented by Royal Special Force affiliates during their participation in the joint exercise "Saif Al Arab 2020", which was recently concluded in Egypt. He hailed their good results that rose their combat level.

Shaikh Khalifa bin Ahmed expressed his appreciation for the Royal Special Force men for carrying out all duties and tasks assigned to them, and extended his thanks to various weapons and units of the BDF, hailing their efforts and participation in exercises in Gulf, Arab and international levels.