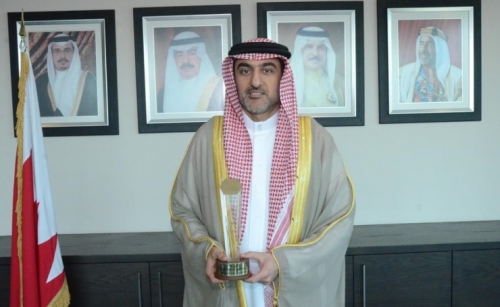 Al Qaed’s comments came at a meeting to mark the occasion to thank and congratulate the employees overseeing the Tawasul cases and other supporting teams that provide support to the National Suggestions and Complaints System expressing his pride and appreciation to their committment. Tawasul’s performance has been excelling in terms of the speed and efficiency with which it responds to suggestions and complaints.

Al Qaed said that one of the main factors in securing the award was iGA’s commitment to following the directives of Interior Minister Gen Shaikh Rashid bin Abdulla Al Khalifa to promptly respond to all cases received via Tawasul. He also credited the win to efforts by the team whom ensured immediate responses to all cases received. The iGA handles all enquiries, notes, and complaints received via Tawasul, as well as other cases related to government entities that have not joined the system but have joint, eServices via the National Portal.

This makes iGA among the entities receiving the highest volume of cases. Al Qaed said that the award reaffirms the Kingdom’s commitment to a ‘Smart Government’ approach that elevates efficiency and quality of services for citizens and residents, while utilising the most advanced technical solutions