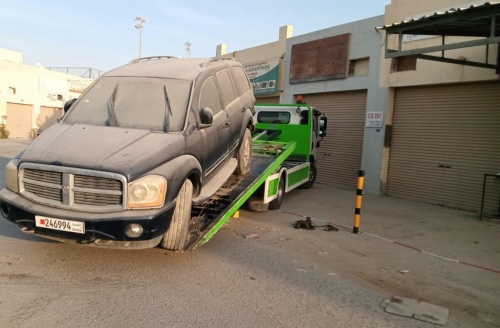 The Northern Area Municipality announced yesterday that it had removed a total of 113 abandoned vehicles from different locations during the first half of 2020. The Municipality explained in a press statement that the move comes in accordance with Law 10 of 2019 with respect to public cleanliness, adding that it had sent warning letters to the owners of 1,000 abandoned vehicles.

The removals came as a result of conducting 17 scheduled inspection campaigns, which included different areas within the Northern Governorate. The municipality underlined that “the responsibility to protect the environment and traffic flow is a shared responsibility”, adding: “Abandoning cars on the roads causes a lot of environmental damage, as well as confusion and disturbance to the traffic movement.

“Some of these parked cars also disturb the security situation and generally harm the civilised view of the area.” Stressing its keenness to combat this phenomenon, the municipality confirmed that it is intensifying its inspection campaigns and will continue notifying the owners of abandoned vehicles so they can remove them and avoid confiscation, especially in residential and industrial areas.