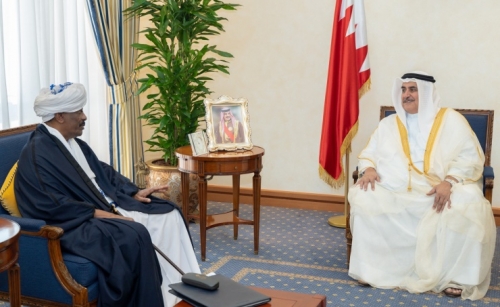 Ambassador Al Hassan wished the Kingdom further progress and prosperity. Shaikh Khalid stressed the importance of the deep-rooted relations between Bahrain and Sudan, and expressed his satisfaction with their bilateral cooperation across all areas. He reiterated Bahrain’s support to Sudan’s security and stability, and its solidarity with all the efforts and measures that fulfill the aspirations of the Sudanese people for development and prosperity