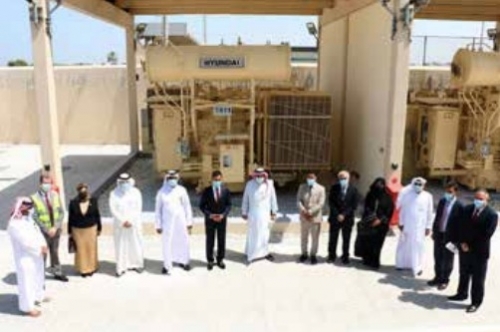 The project will serve the electricity needs of the northern governorate and enhance the reliability and security of the electrical network system in the Kingdom of Bahrain.  World-leading companies manufactured, supplied, installed, and inspected devices and equipment for the station.

Circuit breakers and switches were from French company Grid Solution SAS, electrical transformers and reactors were from Korean company HHI and cables from Saudi Cable Company.  Bahraini Gabo Construction Company completed civil works and Bahraini company Nass did the extension of the electrical cables. Irish Consulting Company (ESBI) carried out the engineering supervision of the project.