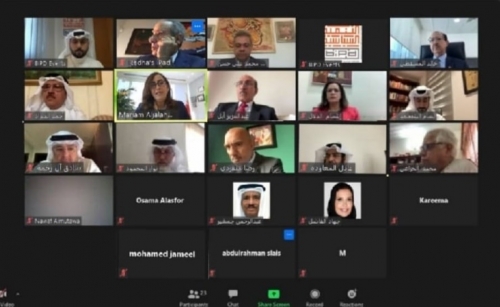 Dr Mariam Al Jalahma was speaking during an online lecture for the Shura Council the health sector legislation and the role of the NHRA in monitoring and regulating the healthcare system in Bahrain. During the lecture organised by the Bahrain Institute for Public Development (BIPD), she explained that NHRA is an independent regulatory body established in 2010 under Law 38 of 2009 with a mission to regulate healthcare sector in Bahrain.

Besides, ensuring best practices per international standards, NHRA is also responsible for implementing and developing health regulations for both governmental and private sectors. NHRA is also responsible for registration and pricing of medicine, licensing pharmaceutical factories, granting approvals for conducting clinical trials, investigating professional misconduct claims, and conducting disciplinary hearings for health professionals in the Kingdom.

Al Jalahma said the laws regarding the practice of medicine and dentistry as well as the pharmacy are to be amended, saying they had been referred to the Supreme Council of Health.