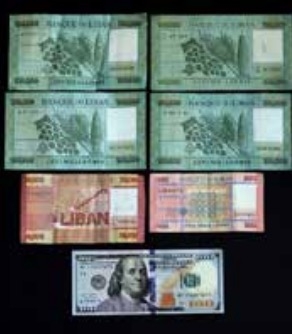 Alain Bifani is the second member of the government’s negotiating team with the IMF to quit this month over the handling of the crisis by Lebanese officials. Speaking at a new conference, Bifani, who held the post of director general at the finance ministry for two decades, said he quit because he refuses “to be a partner or spectator to the country’s collapse”.

He accused “political and financial” powers in the country of hampering a major reform plan adopted by the government this year, one he helped formulate and which serves as a basis for IMF talks. He said those responsible for dragging the country into its current slump refuse to contribute to financial recovery, choosing instead to protect their personal interests.

“They want the people to pay with the collapse of the Lebanese pound, open-ended controls on bank deposits and horrifying inflation” he told reporters. Lebanon is in the grips of its worst economic crisis since the 1975-1990 civil war with more than half of the population living in poverty.

The Lebanese pound officially remains pegged at around 1,507 pounds to the dollar, but the black market rate reached a new record of 8,000 Monday morning, according to several specialised websites. Banks have gradually restricted dollar transfers abroad and withdrawals since last year, effectively trapping dollar savings in accounts unless their owners want to convert them into pounds.

The IMF since May has been in talks with Lebanon which is looking to secure $20 billion in external funding to exit its crisis. “We claim that we want an IMF program, but we are doing everything possible to thwart reforms,” Bifani said. “If we continue in this way, unfolding events will bury the reform plan.”