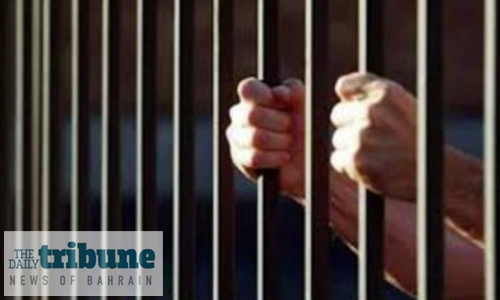 The First High Criminal Court yesterday sentenced a male defendant who possessed marijuana seeds, to ten years imprisonment and fined him BD5,000. According to court files, the case dates back to the year 2018 when the defendant was caught possessing the seeds, hashish and narcotics (Alprazolam).

The details of the case show that the Anti-Narcotics Department in Interior Ministry received a tip-off on the defendant’s suspicious activities. The department allocated an informer who contacted the defendant and agreed to purchase BD100 worth of hashish from him, according to Prosecutors.

Both parties agreed to meet in Malkiya village near Hamad Town in the Northern Governorate. There, an undercover policeman who accompanied the informer arrested the defendant, who was intoxicated. After searching him, the policeman found the previously scanned BD100 that was given to the defendant by the informer in return for hashish, as well as to two pieces of hashish.

After obtaining a search warrant from the Public Prosecution, a force from the department searched the defendant’s residence, where four pieces of hashish, marijuana seeds and amounts of money collected from selling drugs were found. Further investigation showed that the defendant possessed the drugs with the intention of selling it. However, the defendant denied that he was selling drugs.