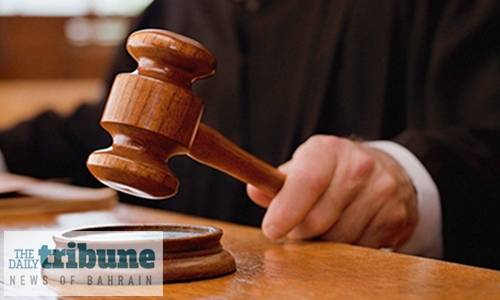 The High Shariat Court has rejected a divorce case lodged by a woman in her fifties, citing that the evidence she provided wasn’t sufficient.

The woman decided to leave her husband, claiming he physically assaulted and insulted her.  However, the man refuted such accusations, urging the court to decline the case in a bid to keep the family afloat.

The pair has four children and the husband affirmed that the pair had to stay together under one roof to ensure the children receive the required care and support, pointing out that divorce means the end of the family and putting the children’s future at risk.

“My client has been reserving all his financial resources for the welfare of his family to the point that he wasn’t spending much on himself, although his children can work,” the man’s lawyer told Prosecutors.

“The plaintiff claimed that my client had locked up her and she wasn’t able to leave it. However, the truth is that he was requesting her to inform him whenever she leaves the house. And this is something common in our society,” she added.

As a result, the High Shariat Court ruled in the man’s favour, stating that allowing the woman to divorce would cause huge damages to the children given the fact that their father is the only breadwinner.