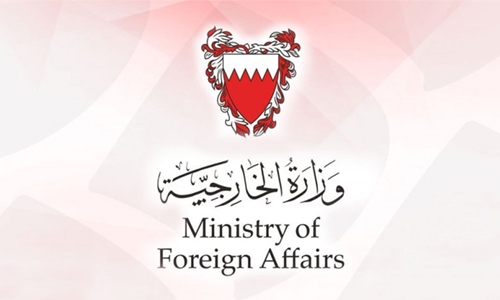 Bahrain has condemned the decision of the Israeli authorities to build more than 2,000 new settlement units in the West Bank, in a rejected step that reflects their desire to annex the West Bank.  Such measures constitute a blatant violation of international law and obstruct all efforts that aim at reaching a just and comprehensive solution for the Palestinian issue, the Ministry of Foreign Affairs said in a statement.

The ministry reiterated Bahrain’s position regarding the Palestinian cause, supporting the rights of the Palestinian people to establish their independent state on the borders of 4th of June, 1967, with East Jerusalem as its capital, on the basis of the Arab Peace Initiative and the relevant resolutions of international legitimacy. The European Union as well criticised Israel’s decision to approve the construction of more than 2,000 housing units in West Bank settlements.

“All settlement activity is illegal under international law and it erodes the viability of the two-state solution and the prospects for a lasting peace,” the EU said in a statement, decrying what it described as “repeated confiscations, demolitions, displacements and land expropriation” aimed at Palestinians.