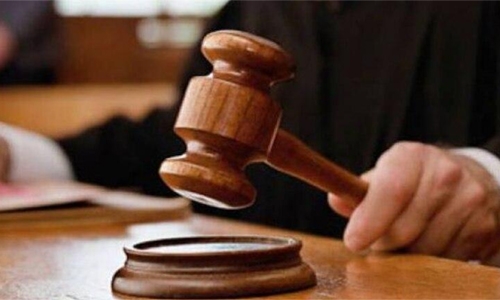 A Bahraini activist was yesterday referred to the criminal court for an urgent trial for the charges of insulting the divine entity on social media. This comes a few days after screenshots of the insulting comments made by the defendant went viral online, with numerous netizens demanding to “punish the man for his unforgivable crime”.

According to the circulating posts online, the man apparently made the comments while being involved in an argument on Instagram with another user. Interior Ministry confirmed the arrest of the man on Friday. Quoting an official, the ministry said that the directorate received a case about the offence on Instagram and “an investigation led to identifying and arresting the suspect”, while it called upon social media users to avoid violating the law.

Northern Governorate Prosecution Chief Prosecutor Abdulrahman Al Mouda said in a statement issued by the Public Prosecution yesterday: “The Public Prosecution has investigated a notification received by the General Directorate of Anti-corruption and Economic and Electronic Security stating that it has received a complaint from a citizen against a person who insulted the divine entity through his personal account on Instagram, in addition to insulting the complainant himself.”

Mr Al Mouda clarified in the statement that the Prosecution ordered to summon the suspect after reviewing the insulting post he wrote on social media, considering it as clear contempt of the Islamic religion. The suspect was yesterday interrogated by the Prosecution, which ordered to refer him for an urgent criminal trial, after he confessed that he wrote the insulting comment on Instagram.

The Prosecution also ordered to keep the man in custody until the time of his trial. He was accused of insulting the religion and misuse of means of communication.   Tribune has learnt that the suspect is a member of a political society and is also active on social media.