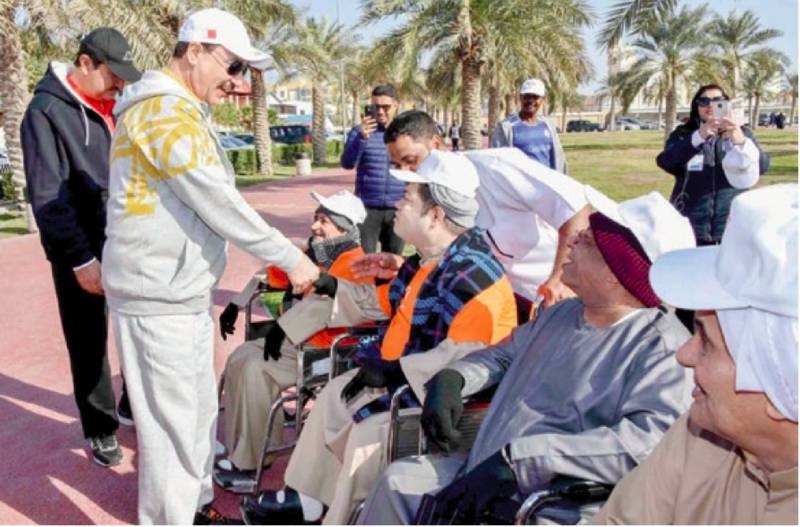 Proposal to build first park for diffabled citizens in Muharraq

Muharraq could have the first dedicated park for differently-abled citizens and residents if a recent proposal gets approved.    The proposal was made by Deputy Chairman of Muharraq Municipal Council, Hasan Al Doy.

It has been proposed to allocate a large area in the second constituency of Muharraq and build a park after earmarking BD40,000 in the budget. Mr. Al Doy said the proposal has been forwarded to the ministry concerned. It has been suggested to name the park after Muneera Bint Hindi, paying tribute to one of the most inspirational differently-abled Bahrainis. The proposed park would include a basketball ground, toilet-seating facilities, and office space.

“The park would have many different play-areas with different games suited for the differently able. This is a much-needed facility and will benefit a large number of the differently-abled population who miss out on these kinds of entertainment,” Mr. Al Doy said. He pointed out that there are enough resources in the 2019- 2020 budget to allot to the park.

Meanwhile, a parliamentary proposal has been made earlier to double the disability welfare payments made by the government. The proposal, which was unanimously approved by MPs aim to raise the disability payment to BD200 per month.

Parliamentarians have called on to increase the current allowance amount, citing the difficulties faced by the disabled and their families. They said that in many cases the disabled are the sole breadwinners of the families.