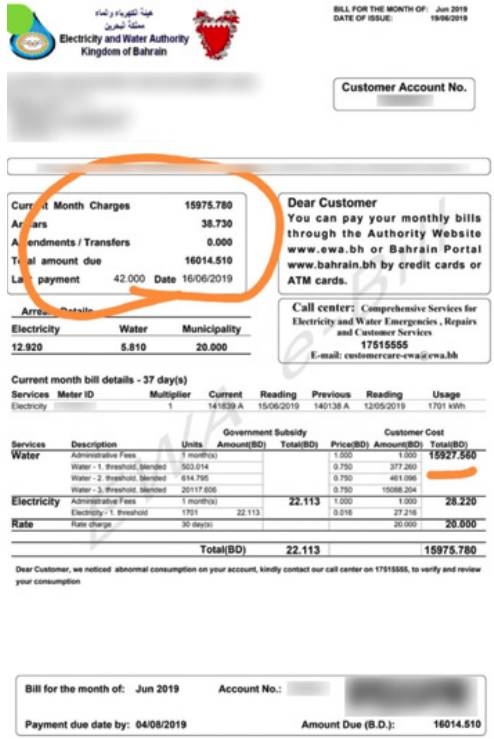 Absurdly high water and electricity bills have been received by many citizens and residents in recent weeks owing to a technical glitch, it has emerged. Some residents have been faced with preposterously high bills this month, much to their surprise, sources said.

It is learned that the errors were caused by water meter readers following the digital updating process. Speaking to Tribune, a citizen, who doesn’t want to be identified, said his electricity bill was in the normal range while the water bill was absurdly high. “The water bill was extremely high and I contacted the authorities regarding this.

I was told that the issue arose due to a technical glitch, which will be rectified soon. “The bill I received was for my office. Later, I would find that all the offices in the building received similar amounts in water bills,” he said. “I found out that the issue was due to a glitch in the water meter reader.

Apparently, it counted the units, not in a linear manner, rather in a haphazard way. “This led to a massive uptick in the water bill. My electricity bill was in the normal range.” “I contacted the authorities and they are investigating the issue,” he added.